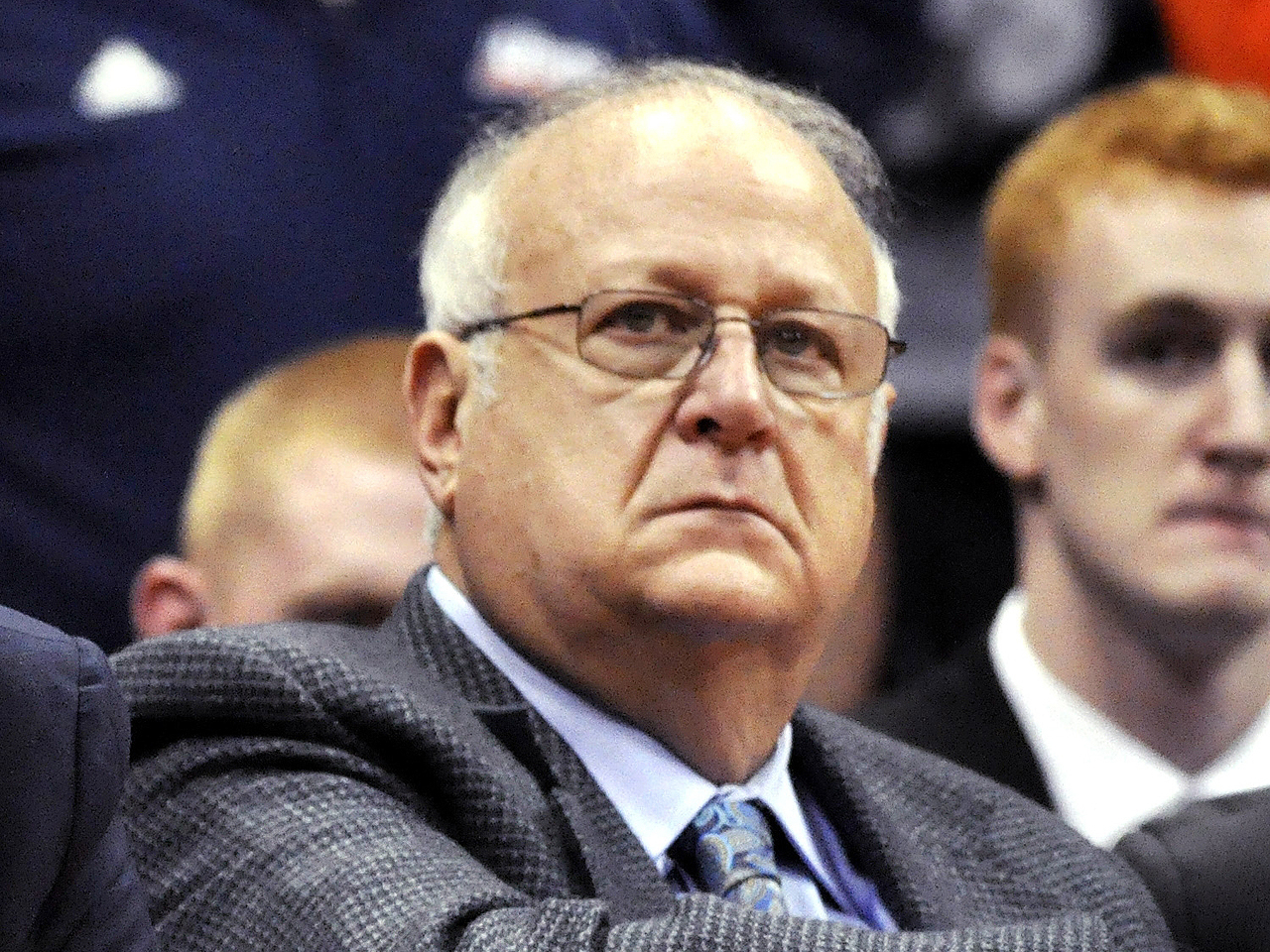 Laurie Fine held a news conference Wednesday and threatened to file a libel lawsuit in federal court against the cable network and two employees. ESPN in November broke the story of two former Syracuse ball boys, Robert Davis and Michael Lang, who claimed they were molested by Bernie Fine decades ago.

"I'm here today as a wife and a mother who has had to endure the trauma of being smeared in the public as a monster," she said, reading quickly from a statement. "My life has been destroyed."

Laurie Fine's lawyer, Lawrence Fisher of Pittsburgh, repeatedly declined to answer specific questions and said he was discussing the complaint with Bristol, Conn.-based ESPN. He has not yet filed a lawsuit.

ESPN spokesman Josh Krulewitz said the complaint is without merit and the network stands by its reporting.

Bernie Fine has denied wrongdoing and hasn't been charged. Federal investigators opened an investigation into him following the allegations of a third man, 23-year-old Zach Tomaselli of Lewiston, Maine, who has since said he lied. The local prosecutor has called Davis and Lang credible but said the alleged crimes occurred too long ago to pursue.

Laurie Fine, with her two daughters at her side, said her husband called to wish her luck Wednesday. She would not address whether they are still together.

"Bernie does support this lawsuit, and he's behind me 100 percent," Laurie Fine said.

Laurie Fine said she was the victim of "treacherous lies" and that her family has had to endure watching her being "smeared in the public as a monster." She said the attention has forced her to live in seclusion for the past six months and give up charity work she enjoyed.

"They should apologize and retract these horrible lies reported about me," she said.

Fine said the network was motivated by the unfolding child sex-abuse scandal at Penn State University.

"Although these defendants have known me to be a decent and honorable woman, they have maliciously attacked me in order to attack my husband and to boost television ratings in the wake of the Penn State scandal," she said.

The accusations from Davis and Lang, quickly picked up by other national media, roiled the Syracuse team's then-perfect season and brought criticism to Hall of Fame head coach Jim Boeheim. Boeheim initially called Davis a liar out to capitalize on the Penn State scandal, but soon softened his stance.

Davis initially approached ESPN in 2003, but the network did not report the story then.

Fisher said the media coverage has made it "impossible" for Laurie Fine to go out in public in her hometown, so they held the news conference in Geneva, a Finger Lakes resort town 45 miles west of Syracuse. The family has also put their suburban Syracuse home on the market.

"She can't even go to Wegmans," said Fisher, referring to a local supermarket chain.

Fisher said ESPN should apologize, retract the stories and "be punished for willful, wanton, reckless disregard for the reputation and the truth of Laurie Fine." He called it "a textbook example of defamation in the world of journalism."