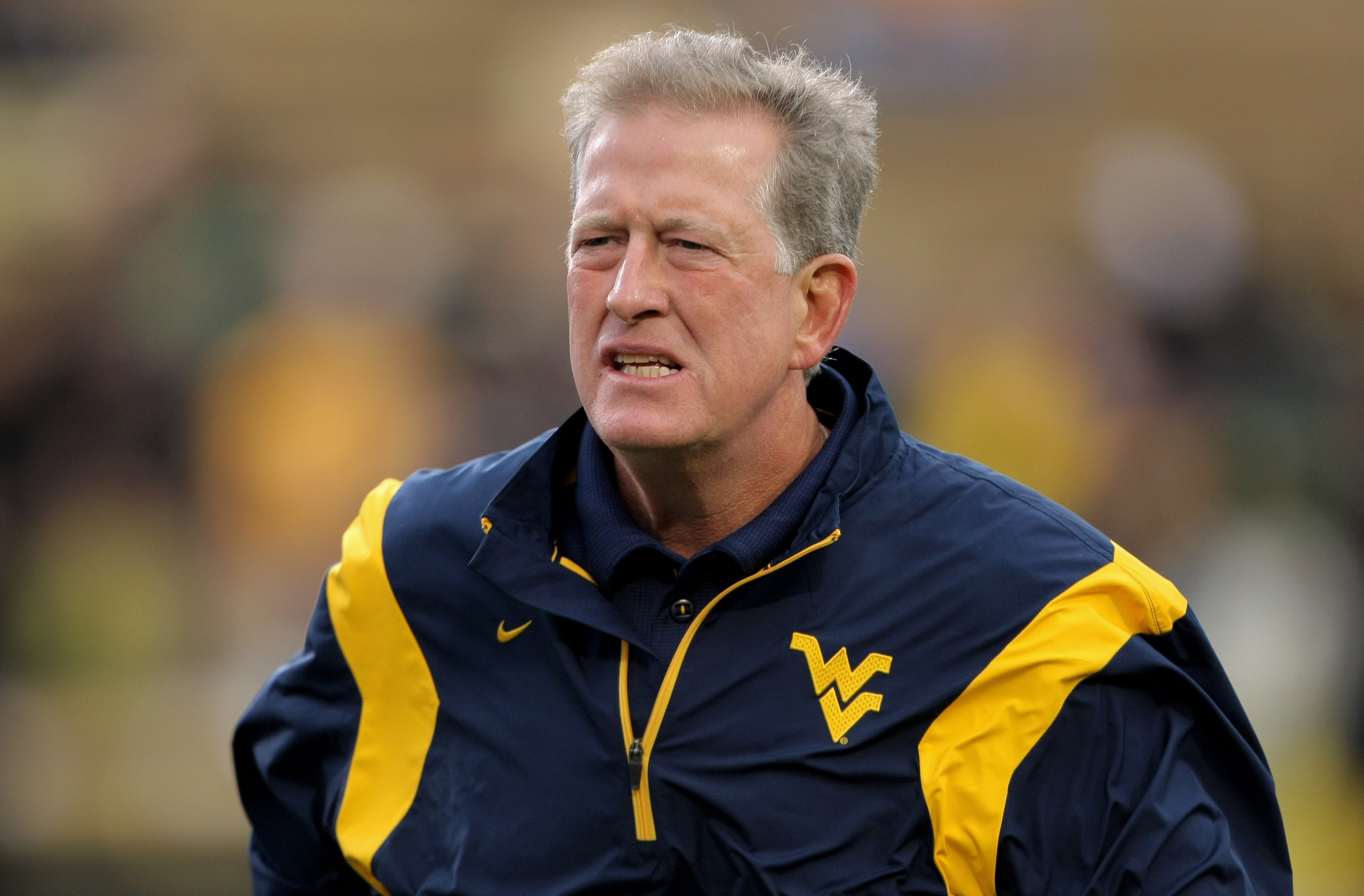 According to the West Virginia Metro News, Stewart was golfing with former West Virginia athletic director Eddie Pastilong on Monday when he collapsed.

Stewart, 59, resigned last summer and was replaced by Dana Holgorsen the same night. Stewart had gone 28-12 in three seasons after taking over for Rich Rodriguez but failed to earn a Bowl Championship Series berth.

Stewart had signed a six-year contract in September 2008, but the agreement was amended in 2010 when Athletic Director Oliver Luck decided to replace him. Holgorsen was hired as offensive coordinator and head coach-in-waiting, while Stewart was to serve his final season in 2011.

But both Holgorsen and Stewart made unwanted headlines in the weeks leading up to the shake-up.

An intoxicated Holgorsen was escorted out of a casino, then a former newspaper reporter said that Stewart had approached him shortly after Holgorsen's hiring to "dig up dirt" on his eventual successor.

When Holgorsen was hired, West Virginia had anticipated that arrangement might not work. His initial contract included a clause that gave him a raise if he became head coach before or during the 2011 season.

Luck had said he hired Holgorsen because he believed the Mountaineers couldn't win a national championship under Stewart's leadership.

In Holgorsen's first season at the helm, the Mountaineers went 10-3, were Big East co-champions and beat Clemson 70-33 in the Orange Bowl.