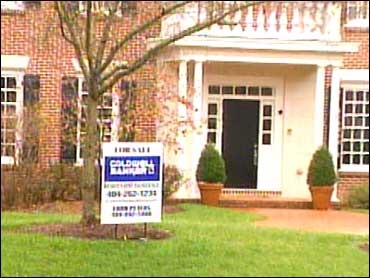 Sales of previously owned homes fell by 1.7 percent in November, a fresh sign that the high-flying housing market is losing altitude.

The latest snapshot of activity in the housing market, released by the National Association of Realtors on Thursday, showed that November's sales of existing homes, including single-family, town homes and condominiums, totaled 6.97 million units at a seasonally adjusted annual rate. It marked the lowest level of sales since March.

The over-the-month decline was slightly steeper than the 1.3 percent drop that analysts were expecting before the report was released.

Yet, even with the drop, economists said the housing market remains in healthy shape and is on track to set record-high home sales for the fifth year in a row for all of 2005.

"We are really on track for a soft landing," said David Lereah, the association's chief economist. Moderately rising mortgage rates are allowing the housing market thus far to land safely, he said. "There are no balloons popping," he said.

Other housing barometers, including a drop in new-home sales in November, also have flashed signs that the market has peaked and is now slowing.

Thursday's report also showed that the number of existing homes available for sale rose 1.2 percent in November to a pace of 2.90 million units, the highest level since April 1986.

But that didn't cool house prices. The median sales price of an existing home stood at $215,000 in November, up a sizable 13.2 percent from the same month last year. The median price is where half sell for more and half sell for less.

The slowing in housing comes as the Federal Reserve has been boosting short-term interest rates for nearly two years. The Fed earlier this month lifted a key rate to its highest level in 4 1/2 years to keep the economy and inflation on an even keel. Another rate increase is expected on Jan. 31.