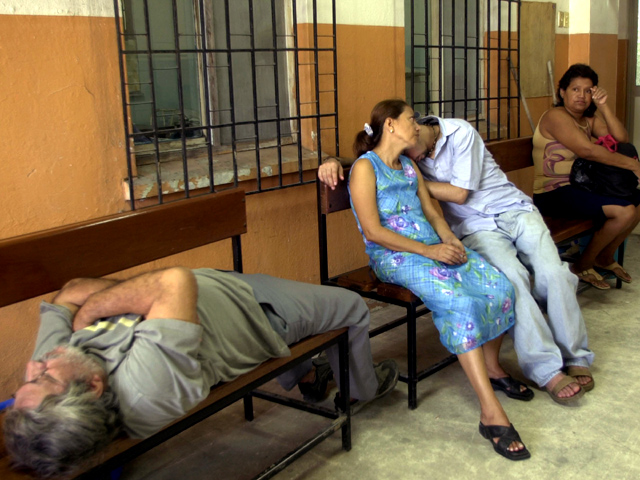 Scientists are hopeful they're getting closer to a malaria vaccine following a new study in which an experimental shot called the "PfSPZ Vaccine" was found to be safe and effective against the mosquito-borne disease.

The trial is preliminary and experts are only calling it a "first step," so an actual vaccine may still be years away. But health officials are hopeful because a malaria vaccine could be a tremendous boost to global public health.

"The global burden of malaria is extraordinary and unacceptable," Dr. Anthony Fauci, director of the National Institute of Allergy and Infectious Diseases said in a statement. "Scientists and health care providers have made significant gains in characterizing, treating and preventing malaria; however, a vaccine has remained an elusive goal. We are encouraged by this important step forward."

Malaria is a potentially deadly infection caused by the Plasmodium parasite. Following a bite from an Anopheles mosquito, a person may feel symptoms ranging from mild to severe with a week or month, including shivering, fever, headaches, vomiting, seizures (in young children), sweating and body aches.

There were an estimated 219 million cases of the infection in 2010, the World Health Organization reports, including 660,000 deaths. Ninety percent of those deaths occurred in Africa, mostly among children younger than 5 years old.

About 3.3 billion people worldwide are at risk for the disease with people living in the poorest countries the most vulnerable. Only about 1,500 cases of malaria are reported in the U.S. each year despite the virus being eliminated from the country in the early 1950's, the Centers for Disease Control and Prevention adds.

The new vaccine is made up of live but weakened spores of the Plasmodium falciparum parasite, the species behind the most deadly cases of malaria.

In an early phase trial, 57 healthy volunteers ages 18 to 45 who never had malaria were randomized to receive the new vaccine or no shot at all. Forty of the volunteers received the vaccine, in two to six doses low, and were monitored closely for seven days.

The scientists found no severe side effects or malaria infections due to vaccinations.

They then conducted a controlled human malaria infection procedure in which all participants were exposed to bites from five mosquitoes carrying the same malaria-causing parasite found in the vaccine.

They were exposed to the bugs three weeks after they received the shots. After, they were monitored and admitted to a hospital until they were diagnosed with malaria and treated with anti-malarial drugs.

Only three of the 15 people who got the higher doses of the vaccine got infected, while 16 of 17 who got the lower dose contracted malaria. Eleven of 12 patients who got no vaccine got the disease.

"These trial results are a promising first step in generating high-level protection against malaria, and they allow for future studies to optimize the dose, schedule and delivery route of the candidate vaccine," said lead trial investigator Dr. Robert Seder, chief of cellular immunology at the NIAID Vaccine Research Center in Bethesda, Md.

The vaccine was made by scientists at Sanaria Inc. in Rockville, Md.

One issue with the shot is it has to be administered directly into the veins, which is rare -- earlier studies of injections into or under the skin did not report as much disease protection.

"Now we've got to figure out a way to deliver it in a way that's practical for mass vaccination programs," Fauci told Reuters.

The new research was published Aug. 8 in Science.

One vaccine expert not involved in the research called the paper "really cool," but added the vaccine is very far from being used regularly on patients across the world or Americans going overseas.

"Exciting for scientists, but I apologize, it's not going to be helpful for travelers for a while," Dr. Kenneth Bromberg, chairman of pediatrics at the Brooklyn Hospital Center in New York City, said to CBSNews.com.

The study also didn't look at children, who are most likely to die from malaria, Bromberg pointed out. He added that many kids die from the disease at only 4 or 5 months old, and this vaccine in its current form needs multiple doses spread out over a period of time.

"Malaria kills children, and being a pediatrician, I'll tell you this approach may not be practical in children," said Bromberg. "But the flip-side of it is, my God, we got something that actually worked when we never really had anything that worked before."