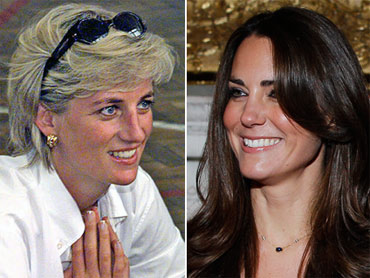 Prince William and his bride-to-be, Kate Middleton, are by all accounts, heavily involved in planning their April 29, 2011, wedding in Westminster Abbey. Kate's family is also a significant part of the process, including paying part of the freight.

And, says longtime royals water Katie Nicholl, none of that is just by chance.

Nicholl, author of "William and Harry: Behind the Palace Walls" and royal correspondent for "The Mail on Sunday," told "Early Show" co-anchor Harry Smith the abbey is "of course, where Prince William's grandmother (Queen Elizabeth) got married. I think this is going to be the 13th royal wedding at the abbey. A lot of people think that it has negative connotations for Prince William because, of course, it's where (his mother, Princess) Diana's funeral procession was. But actually, he's terribly comfortable at the abbey. It's a venue he knows well. And anyone who went to that memorial will see how at home he was there. He pulled a huge operation together.

"And I think the key thing coming out of this wedding is that it's got Prince William and Catherine, as we rightfully call her now, Middleton's stamp all over it."

"Traditionally," Nicholl observed, "royal weddings are handled within the royal household, so you would see Buckingham Palace teaming up with Clarence House (William's office). This wedding is completely different. Prince William is arranging it. He is overseeing everything with Catherine Middleton. She's going to be very much a part of it. And the whole thing is going to be organized by St. James's palace (a royal residence). In fact, I've discovered that just four people are going to be involved in pulling together this absolutely massive event. That's a real break with tradition. And it's Prince William's way. And this is what we're seeing more of."

" … In another breach of royal protocol, the Middletons are being allowed to help with this wedding. And one of the things they should be doing is throwing an engagement party. I also think … we're going to see street parties. They've deliberately chosen a Friday, because they want it to be a public holiday and they want everyone over here to enjoy a three-day weekend."

Smith remarked that there's "such a spirit of inclusion" in the planning, "Catherine and her family are really part of this. They're not being sort of shown the ropes. This is, 'We want you to be part of this.' And I guess this is really about the Prince."

"You're absolutely right," Nichol agreed. " … You have to remember, the palace has learned the lessons of the past. Diana complained that she lived at Buckingham Palace, she was isolated, she was cut off. This is the palace's way of making sure they don't repeat those mistakes, that Catherine and her family are brought into this. Every bride wants to be a part of her big day and Catherine Middleton, just because she's marrying a prince, is no different from anyone else."