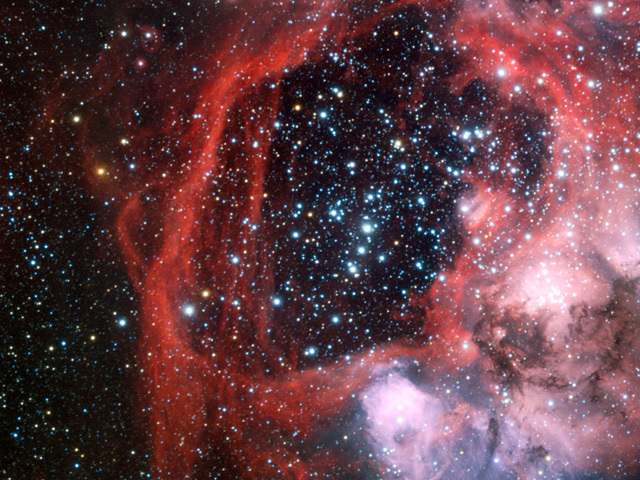 Focusing their cameras on the other side of our Milky Way, astronomers have found an amazing sight: a giant nebula formed by the shockwaves generated by exploding young stars.

The nebula, located in the Large Magellanic Cloud, a satellite galaxy of our Milky Way, is around the star cluster known as NGC 1929. Scientists describing the superbubble they discovered estimate its size at around 325 by 250 light-years across. This gallactic spectacle is being generated as charged particles from the hot and massive stars in the central cluster get moved out the central region. At the same time, the gas gets pushed out even more by shockwaves created when massive cluster stars explode as supernovae.