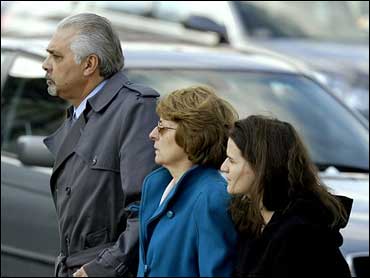 Crossing an imaginary boundary into the region known as the American Southwest, you enter a place as culturally different from the rest of the U.S. as Asia or Egypt. For more than a millennium, various Indian cultures have lived, worked, worshipped, and died here, bestowing a distinctive ambiance to the land. And yet, both the people and their beliefs are truly "Native American."

The Four Corners area is a mélange of sights and experiences. In a single day, you can drive through miles of empty silence, broken only by bold plateaus, massive sandstone monoliths, and red rock, or hike into a remote canyon that once was the home of hundreds of cliff-dwelling Anasazi Indians. There are more than 16,000 archaeological sites in the region. At a quiet, dusty pueblo you can still see children playing on flat rooftops, or women baking bread in beehive-shaped earthen ovens.

Cortez is the ideal jumping-off point for exploring the Four Corners region. In a large valley among the mountains and open sagebrush lands of southwestern Colorado, Cortez developed as a trading center for nearby stock ranches. Throughout the valley, you'll notice agricultural fields plowed or planted with crops, their rolling hills dotted with mounds of rock and rubble. Often, these knolls are all that remain of ancient one or two-story Anasazi dwellings. The Cortez Cultural Center, in cooperation with the University of Colorado, offers American Indian dance and cultural programs in its grand performance plaza.

About ten miles north of Cortez off Highway 145, turn west on Highway 184 and visit the Anasazi Heritage Center. Interact with an impressive array of exhibits, computer simulation programs, and hands-on activities like grinding corn on a real metate, and find out how and where the Anasazi people lived.

This highly developed Indian culture called the "Anasazi," Navajo for "ancient ones," were possibly ancestors of today's Hopi and Rio Grande Pueblo peoples.

The Heritage Center, operated by the Bureau of Land Management, houses a collection of almost two million archaeological artifacts, documents, and samples. With computers, libraries, and collections, it affords scientific study and research opportunities.

Outside the Heritage Center an interpretive trail leads to nearby Dominguez and Escalante Ruins, Anasazi dwellings carefully restored by archaeologists. The view from the top of the hill is unprecedented. [The hill is handicapped-accessible.]
With tiny sandstone rooms and a great circular kiva at your feet, the valley and McPhee Reservoir stretch out far below in a wide panorama. To the south, the isolated volcanic plug called Shiprock sharply punctuates the flat expanse. To the west, Sleeping Ute Mountain, so named because of its distinctive silhouette, genly rises from the plain.

Gazing over this vast quiet landscape now, the horizon broken by a lone ranch house, it's hard to imagine that long ago thousands of people lived here. Excavations show that 2,000 to 3,000 people lived in the Dolores River Valley about 1,200 years ago. In fact, more people lived in some parts of southwestern Colorado then than now. Then, about 700 years ago, almost all the Anasazi disappeared. It is a fact that still perplexes archaeologists today.

To feel the presence of these people that lived long ago, it's best to first visit sites excavated and reconstructed by archaeologists, so you can see what they would have been like when the Anasazi lived there. Then, when you visit remote locations, possibly untouched since the Anasazi walked away almost 1,000 years ago, you can imagine what villages would have looked like.

One of the nation's largest archaeological preserves, Mesa Verde National Park protects a complex network of Anasazi ruins. Located ten miles east of Cortez off U.S. Highway 160, a score of deep canyons cut the mesa. In the shelter of hundreds of caves eroded high in the rocky walls are some of the largest and best preserved Indian cliff dwellings in the world.

Although the earliest known inhabitants came to this region about 500 A.D. and built subterranean pithouses on the mesa tops, for some unknown reason they moved into caves and built complex cliff dwellings in the 13th century. In 1276 a drought struck and lasted 24 years, driving the Indians from Mesa Verde to search for more reliable water sources.

Paved roads lead to many of the ruins, which have been carefully excavated and meticulously restored throughout the park. Don't miss Ruins Road, two six-mile loops that afford views of nearly 40 outstanding cliff dwellings from canyon rim lookout points. Interpretive rangers lead guided walks into some ruins.

An incredible backcountry experience awaits those who venture to the Ute Mountain Tribal Park on the Ute Mountain Reservation. The park encompasses 125,000 acres of sheer sandstone cliffs, green flat-topped plateaus, deep rugged canyons, and a 25-mile stretch of the Mancos River. This park, adjacent to Mesa Verde National Park, contains thousands of known Anasazi surface ruins and cliff dwellings Â— most untouched since the Anasazi walked away. No one lives on these sacred lands today.

Although archaeologists attempt to provide answers to the riddles of these ancient peoples, it is especially interesting to hear stories offered by modern Indians. To see the ruins, you must join an Indian guide for a jeep tour of their lands; reservations are required.

On the all-day Main Ruins tour, billowing couds chased across the blue sky scraping the mesa tops. Petroglyphs, etched on many rock walls, watched over our passage through the canyons.

Our guide, Bryant, spoke about these sacred lands where no one lives today. He led us down steep ladders into ancient ruins perched in massive natural cliff alcoves. With luck, you might chance upon a cave with objects like yucca-leaf sandals or entire pots, uncommon on public lands where looters and pot hunters often steal these precious artifacts.

Move on to More On The Treasures Of The Four Corners

Written by Carolyn Z. Shelton. Produced by GORP.com, a partner of CBS.com.