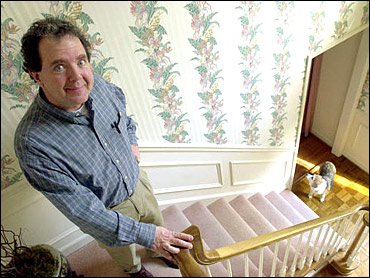 When you've sold more than $100 million worth of cars over a 30-year career, what might you choose to drive in retirement?

For Beverly Bishop, it's a well-worn 1995 Chevy Blazer, although these days she prefers a golf cart because of high gas prices.

Bishop's thrift made her a perfect candidate for the latest book by Thomas J. Stanley, the best-selling author of "The Millionaire Next Door."

The author returns to the world of monstrous paychecks and modest spending habits with the release Tuesday of "Millionaire Women Next Door." Andrews McMeel Publishing has given the new book a print run of 300,000.

The suburban Atlanta marketing expert has struck gold by writing about the surprising lives of people who live far below their means. Stanley wrote about frugal millionaires in academic papers while teaching at Georgia State University, then decided to make his own fortune with mass-market exploration of this interesting demographic.

Through surveys and interviews, he found that people who make their own millions, rather than inheriting or winning them, live relatively simple lives. They often drive used cars, clip grocery store coupons and stay in middle-class homes. They shun debt and credit cards, choosing Seiko watches over a Rolex showpiece.

"I'm most interested in people who don't care to appear wealthy, don't care about the trappings of wealth," Stanley said in an interview with The Associated Press.

During his research, he noticed a marked difference between self-made men and women. And his idea for a book about the habits of millionaire women took off.

The author queried 1,165 affluent women. He found that they're more generous, more frugal and harder working than men in similar positions.

The women donated an average of about 7 percent of their annual incomes to charity, more than three times more than average families. They tended to mend their own clothes instead of buy new ones, and searched for foreclosed homes to save money.

Nearly all of these millionaire women had husbands and children, saying they never felt they had to give up family to strike it rich.

Bishop, the car saleswoman, said she wasn't surprised that most self-made women live like her, snipping an occasional coupon and spending on charities, not luxury items. The reason, she said, is that flashy possessions weren't what drove her to succeed. It was the desire to compete in a man's world and become independent.

Bishop walked into a car dealership in old-guard Atlanta in 1972 and demanded a job selling Toyotas. They gave her a trial only because her male friend, a salesman they wanted to hire, insisted they were a package deal.

She tells her story in Stanley's book, how the bosses wanted her to get coffee and said men would never buy from her. Then she sold 369 cars in a single year. That shut them up.

"I hate male chauvinist pigs, and they're still out there," Bishop said in an interview from her home in The Villages, Florida. "But I earned their respect. I didn't try to change their world. I just fit in. Except I could outsell any one of 'em with my eyes closed."

Stanley uses stories such as Bishop's throughout his book, letting them tell their hints for accumulating wealth and overcoming their fear of self-employment.

"Just about every one of them has been slapped in the face, but there really aren't any bitter ones. They don't look back," Stanley said.

And Stanley isn't looking back, either. He writes three or four hours in the morning, then takes the afternoon off, relaxing at home or following his beloved Georgia Bulldogs sports teams. Who knew writing about the frugal could be so high-paying?

"People have a natural curiosity," he said. "What I like is dispelling the myths of how people live when they've produced a great deal of wealth. ... It's been great."