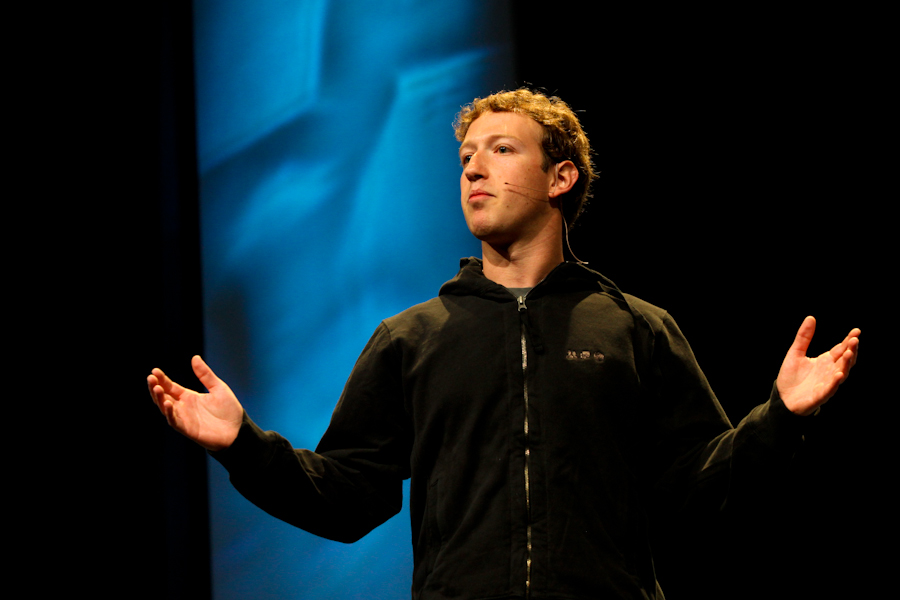 Revenue grew 32 percent to $1.18 billion from $895 million a year ago. Adjusted earnings of $295 million, or 12 cents per share, matched Wall Street's expectations.

Analysts, on average had expected slightly lower revenue of $1.16 billion, according to FactSet.

While Facebook's sales are growing, so are its expenses. Costs for the quarter were $1.93 billion, up 295 percent from the year-ago period. The company attributed the sharp increase largely to a hike in share-based compensation expenses.

Facebook makes most of its money from advertising, with the company drawing on its huge storehouse of information about its members' personal relationships to send targeted advertisements.

A smaller chunk of Facebook's revenue comes from its payments service, the system third-party developers to charge fees for games and other content on the cite. Facebook takes a portion of the money users pay, usually 30 percent.

The results come two months after Facebook's stock landed with a thud on its first trading day, on May 18. The day began with glitches with the Nasdaq stock market that delayed trading by half an hour. It didn't get much better from there. Despite months of hoopla that had investors thinking it would soar, the stock closed just 23 cents above its $38 IPO price. It has not reached that level since then.

With the company issuing its first public report, Facebook had a lot riding on this quarter. The social media giant had effectively warned investors before its IPO that Wall Street's expectations were too high. In a filing issued a week before its IPO, Facebook said its mobile users are growing at a faster pace than the number of ads on its mobile platform.

The company has continued to grow, but not at the rate that was supposed to justify the company's $104 billion market valuation when the company went public two months ago. Much of its user growth also has occurred in Asia, where the average revenue per user, whether from advertising or buying Facebook credits for popular online games, is lower than in the west.

Facebook said Thursday that it has 955 million users, up 29 percent year-over-year. More than half of those users, or 552 million people, use the site every day, a 32 increase from the year-ago period. The number of people who access Facebook with a mobile device is up 67 percent, to 543 million users.

"Our goal is to help every person stay connected and every product they use be a great social experience," said Facbook CEO Mark Zuckerberg in a statement. "That's why we're so focused on investing in our priorities of mobile, platform and social ads to help people have these experiences with their friends."

Yet data from market research firm comScore suggests that Facebook saw a significant drop in U.S. monthly visitors between November 2011 and May 2012. The number of U.S. "unique" visitors is important because North America provides the company with half of its revenue.

The company has at least temporarily reversed the slide, according to more recent comScore data. The site had 159.8 million U.S. visitors in June, up from 158.01 million the previous month. That figure is still far down from the 166 million domestic visitors that Facebook saw in November 2011.

Facebook shares closed Thursday trading at $26.84, down 8.5 percent on the day. They fell to $25.37, an all-time low, in after-hours trading after the earnings were released. Ahead of its IPO, Facebook shares priced at $38.