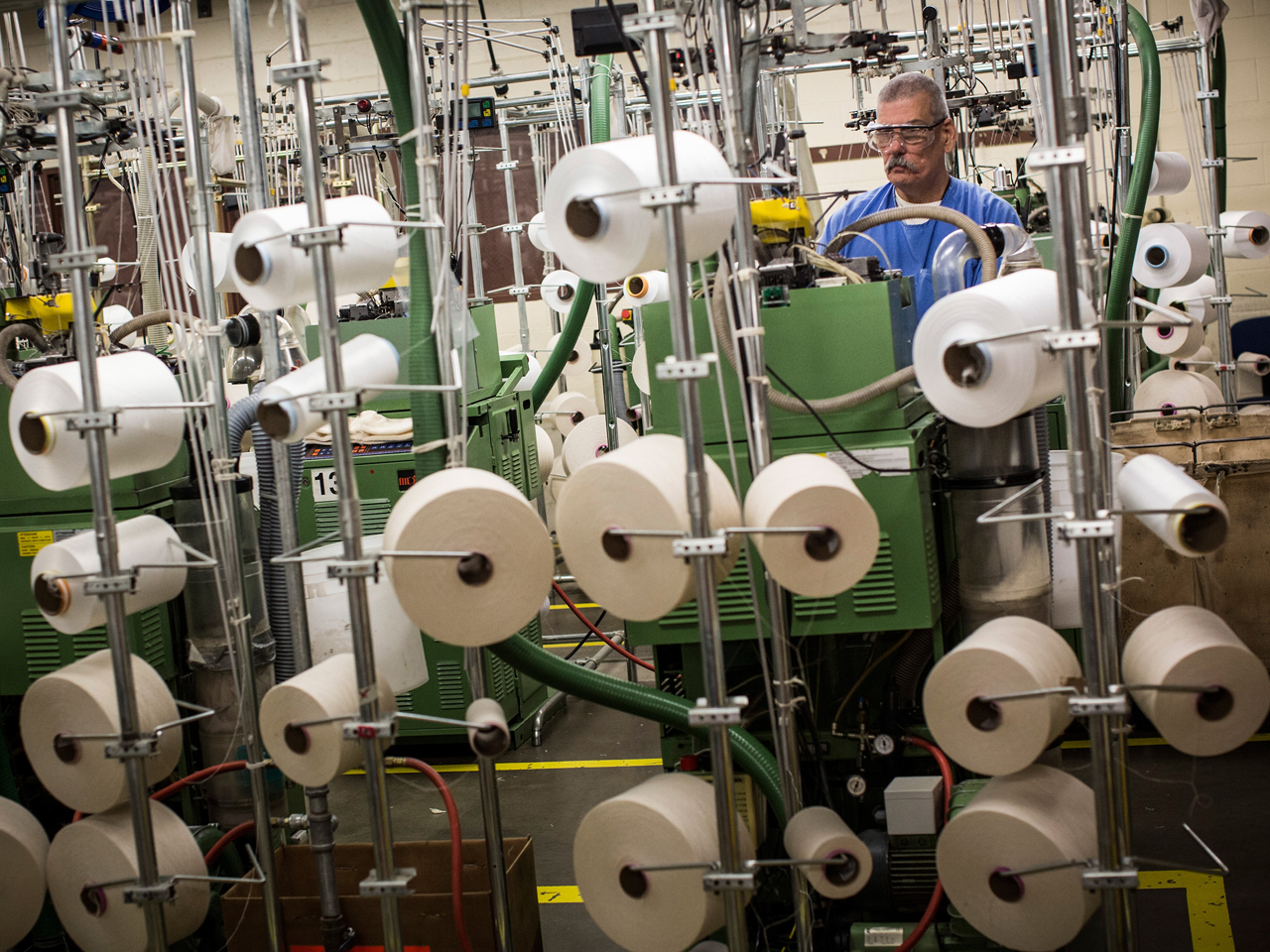 WASHINGTON - U.S. manufacturers saw orders for their products decline in December by the largest amount in five months, although the setback for a key category that tracks business investment was not as large as first reported.

Orders to U.S. factories fell 1.5 percent in December, the biggest drop since July, with much of the weakness coming from a plunge in aircraft orders, the Commerce Department reported Tuesday. Orders had risen 1.5 percent in November after a 0.5 percent October decrease.

Analysts say part of the weakness in December reflected a temporary slowdown following a rush to purchase capital goods in November to take advantage of expiring federal tax breaks.

"Despite the decline in the headline number for new orders for manufacturers, the details were better," said Gus Faucher, senior economist with PNC Financial Services Group, in a research note. "Much of the decline came from volatile aircraft orders, although orders for motor vehicles were down 1.5 percent in December. But the upward revision to core capital goods orders and shipments are positives for U.S. investment and manufacturing."

Orders for all of 2013 totaled $5.82 trillion, up 2.5 percent from 2012, as manufacturing continued to recover from the Great Recession.

For December, demand for commercial aircraft, a volatile category, fell 17.5 percent after having risen 21.1 percent in November. While the drop in airplane orders led the declines, there was weakness in a number of categories. Orders for iron and steel fell 10 percent while demand for construction machinery was down 2.9 percent and demand for computers and other electronic products fell 6.3 percent.

The Institute for Supply Management, a trade group of purchasing managers, said Monday that its index of manufacturing activity fell to 51.3 in January from 56.5 in December. It was the lowest reading since May although any reading above 50 signals growth in manufacturing.

The January performance of the ISM index suggests that U.S. manufacturing slowed at the beginning of this year.

Auto sales have decelerated and businesses are spending cautiously on machinery and other large factory goods.

The slowdown could mean that economic growth in the first three months of this year will get less support from manufacturing.

But some economists said that the weak ISM reading may reflect unusually bad weather in January.

"Manufacturing will expand at roughly the same pace as the overall economy in 2014," Faucher predicted. "Consumers are gradually increasing their spending, releasing some of the pent-up demand that has developed for big-ticket items, such as cars and trucks, after being cautious with purchases since the Great Recession."