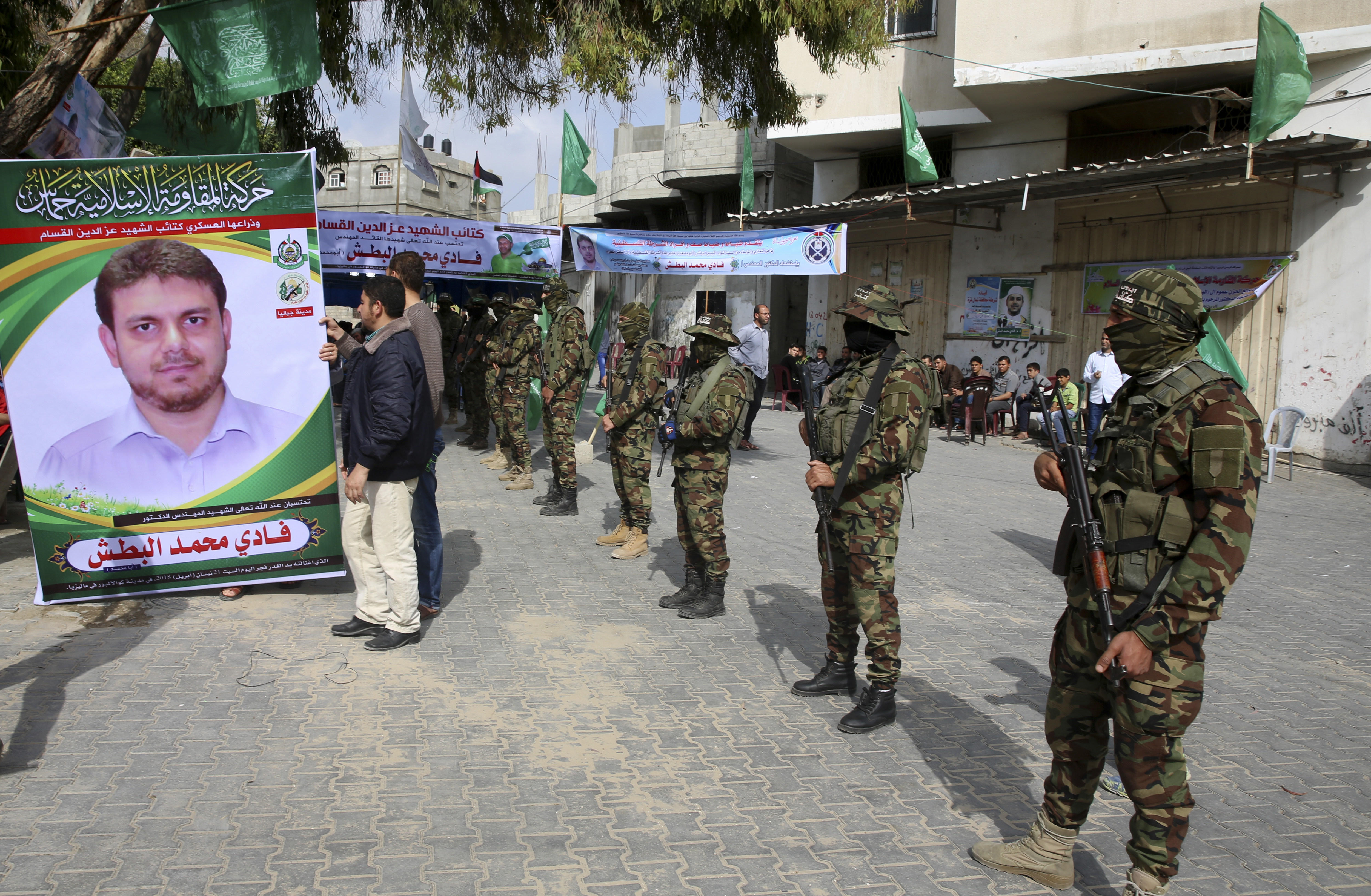 GAZA CITY, Gaza Strip -- Gaza's ruling Hamas militant group said Saturday that a man who was gunned down in Malaysia was an important member of the organization, accusing Israel of being behind the brazen killing. Hamas said Palestinian engineer Fadi al-Batsh was a "loyal" member and a "scientist of Palestine's youth scholars." It gave no further details on his scientific accomplishments but said he had made "important contributions" and participated in international forums in the field of energy.

Hamas initially stopped short of blaming Israel, saying only that he had been "assassinated by the hand of treachery." But later its top leader accused Israel's Mossad spy agency intelligence of killing him and threatened retaliation.

Ismail Haniyeh told The Associated Press Saturday that based on previous assassinations "Mossad is not away from this disgraceful, terrible crime."

"There will be an unsettled account between us and it," Haniyeh said at the Gaza mourning tent, referring to Mossad. "We cannot give up on the blood of our sons, youths and scholars."

The Israeli government had no comment. But Israel has a long history of suspected targeting of wanted Palestinian militants in daring overseas operations around the globe and has been linked to other assassinations as well, though it has rarely publicly acknowledged them.

Malaysian police say the 34-year-old al-Batsh was gunned down early Saturday by two assailants who shot at least eight bullets from a motorbike as he was heading to a mosque for dawn prayers in Kuala Lampur. It said closed-circuit television footage showed him targeted by assassins who had waited for him for almost 20 minutes.

"We believe the lecturer was their target because two other individuals walked by the place earlier unharmed."

Malaysia's deputy prime minister Ahmad Zahid Hamidi said the government was looking into the possibility of the involvement of "foreign agents" in his killing. He told local media that initial investigations showed the assailants were "white men" driving a powerful BMW 1100cc motorbike.

Besides his Hamas affiliation, al-Batsh was also a cousin of Khaled al-Batsh, a senior official in the Islamic Jihad militant group, who accused Mossad of the assassination, without providing evidence.

Though Hamas stressed al-Batsh's scientific background, the funeral service of the Islamic movement's militant wing suggested al-Batsh was actually one of its military commanders. At a mourning tent in the Gaza Strip, a banner described al-Batsh as a member of the military wing. Ten masked militants in camouflage uniforms stood in a line outside the tent in Jabaliya, the slain man's hometown, to greet mourners. The ceremony is typical for senior Hamas commanders.

Al-Batsh specialized in electrical and electronic engineering and worked at a Malaysian university. He had lived there with his family for the past eight years and was an imam at a local mosque.

He received his Ph.D degree from the University of Malaya in 2015 and was a senior lecturer at the British Malaysian Institute. His official biography said his research interests included power converters, power quality and renewable energy.

However, Israeli media reported that he was also deeply involved in the Hamas drone development project.

Israel and Hamas are bitter foes who have fought three wars since 2008. Tensions have risen in recent weeks with a series of mass protests along the Gaza border in which 32 Palestinians have been shot dead by Israeli troops since late March.

Hamas says the protests are aimed at breaking a crippling border blockade that was imposed by Israel and Egypt after the Islamic militant group overran Gaza in 2007, a year after winning Palestinian parliamentary elections. It says it also aims to assert the right of refugees to return to their former homes in Israel.

Israel accuses Hamas, which is sworn to Israel's destruction and has carried out dozens of deadly suicide bombings against it, of cynically exploiting Gaza civilians for its political aims by staging the protests and trying to carry out attacks under their cover.

Israel has used lethal force against unarmed protesters, but it says it is only targeting instigators who are trying to damage the border fence with explosives, firebombs and other means. However, the United Nations, the European Union and rights groups have questioned Israel's use of force when soldiers' lives are not in danger and the U.N. and E.U. have called for investigations.

Protests are aiming to culminate in a large border march on May 15, the 70th anniversary of Israel founding. The date is mourned by Palestinians as their "nakba,"or catastrophe, when hundreds of thousands were uprooted in the 1948 Mideast war over Israel's creation.