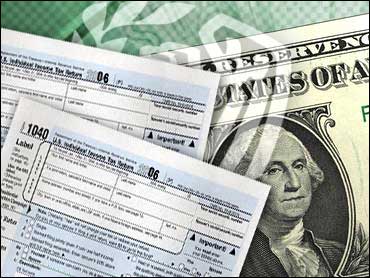 Advocates of a national sales tax to replace the income tax have built an impressive grassroots army. They have given their idea an appealing, if somewhat gimmicky, name: the Fair Tax. And they have managed to get five Republican presidential candidates to suggest that they would sign a sales-tax bill if it reached their desk. Some observers credit the enthusiasm of the Fair Taxers for Gov. Mike Huckabee's surprisingly strong showing in the Iowa straw poll. Huckabee is the candidate most committed to the Fair Tax.

Former senator Fred Thompson is, however, backing away from the idea. Fair Tax advocates have released a video in which Thompson, asked about the proposal, appears to say he would "absolutely" sign it if elected. On August 10, however, Thompson wrote those advocates a letter that said merely that the Fair Tax was a good starting point in thinking about tax reform.

Mitt Romney's campaign says that the Fair Tax has some attractive elements, but that the candidate would need to see details before making any pledges. Rudolph Giuliani has said that he does not think he would sign any such legislation.

The leading candidates are right to be wary. The tax code needs major reform to become fairer, simpler and more efficient. The Fair Tax is one instantiation of those goals, but its political impracticality makes it fatally flawed. If conservatives force a choice between a Fair Tax and no tax reform at all, the latter is what they are likely to get.

There is widespread confusion about what the Fair Tax would entail. If you bought $100 of clothing and paid a $30 tax on it, you would probably think you had paid a 30 percent tax. The Fair Taxers say that you paid a 23 percent tax: $30 is 23 percent of the $130 you paid in total. When they say they want a 23 percent tax, that's what they mean.

Since there would be no more income tax in this system, there would also be no more standard exemption to make sure that the basic necessities of life went untaxed. The Fair Taxers would solve this problem by sending out monthly "prebate" checks to all Americans.

The great, undeniably attractive selling point of the Fair Tax is that it would allow the country to dispense with the IRS. But the sad truth is that if the federal government is going to collect as much money as it currently does — which the Fair Taxers say their system would — its methods of tax collection will inevitably be intrusive. The real difference between the current system and this proposal is that the primary brunt of tax collection will be borne by a smaller group of people: business owners.

Over time, then, enforcement measures could become more draconian than they are today: especially since a massive retail sales tax would create a massive incentive to evade it. That's why every country that has ever tried to impose retail sales taxes this high has quickly moved to a Value Added Tax levied at every stage of production. Consumers rarely see or keep track of these taxes, and they seem to be fairly easy for governments to raise.

These pitfalls are beside the point, however, since a national sales tax is not going to become law. No presidential candidate could be elected on a sales-tax platform, and no Congress would enact one if he were.

A candidate who ran on the national sales tax would be able to run on nothing else. He would have to spend all of his time defending the idea. Off the top of our heads, we can think of three devastating lines of attack an opponent could use in television ads. One ad could argue that getting rid of the mortgage deduction would send home prices into free fall (something that voters are going to find especially worrisome now). Another could ask why senior citizens, having paid taxes all their lives as they made income, should have to spend their retirements paying taxes on everything they use that money to buy. A third could simply ask voters if they look forward to paying a brand new tax.

There are answers to each attack. But no Republican candidate, especially in the daunting environment of 2008, is going to want to have to make them. Republicans cannot win a national election without the tax issue. If they ran on the national sales tax, Republicans would be taking one of their natural strengths and making it into a liability. Which is why we expect them to say nice things about the Fair Taxers' passion, and move on.
By the editors of National Review Online
Reprinted with permission from National Review Online