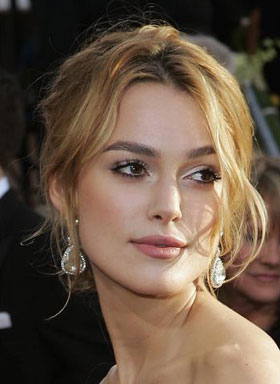 There's a legend about the Atlanta Falcons that epitomizes everything you need to know about this team.

Supposedly, a real falcon was to soar gracefully over the stadium before the inaugural game in 1966. There was only one problem: the bird left its trainer's arm, climber higher and higher toward the sky -- and never came back.

If true, it was certainly an omen.

"I've spent 30-something years with this franchise," said Tommy Nobis, the team's first draft pick in 1966 who has spent all but 14 months of his life since then working for the Falcons in some capacity. "It hasn't been a whole lot of fun."

If they were casting for a movie titled, How Not To Run An NFL Franchise, the Falcons would be the favorite to play the leading role.

"It's a stigma," Nobis said. "When you're a part of something that's losing, it's hard to pull out of it. Very hard."

In 32 previous seasons, the Falcons have managed just seven winning records, made the playoffs only five times and reached such a level of disdain in their own city that even the best players could walk the streets without being recognized.

"We deserved that," defensive lineman Lester Archambeau said. "We weren't doing things to get people excited. Being the Falcons has always meant being the second-class citizen as far as sports teams go in this town. Maybe third class."

But change is in the air. The Falcons (7-2) are off to the best start in franchise history and tied for first in the NFC West with the San Francisco 49ers, who will be the opponent Sunday for the first sold-out game at the Georgia Dome in three years.

The playoffs already seem certain: Atlanta plays only one more team with a winning record after this weekend. But if the Falcons beat San Francisco for the first time since 1995, they will have the inside track to the second division title in franchise history.

The Niners handed Atlanta one of its losses in Week 4, cruising to a 31-7 lead before the Falcons scored two fourth-quarter touchdowns to make the score more respectable, 31-20. During that game, a new attitude seemed to emerge.

"That was when the character-building on this team began, the second half of that San Francisco game," defensive tackle Travis Hall said. "The guys just decided they weren't going to quit."

Much of a credit for the Falcons' turnaround has been heaped on coach Dan Reeves, who is virtually a one-man show running the franchise. That's quite a change from previous years, when it was hard to tell just who was in charge.

Coaches came and went with stunning frequency, from Norb Hecker to Norm Van Brocklin, from Jerry Glanville to June Jones, from Marion Campbell to Marion Campbell, who had two equally dismal stints in the '70s and '80s.

A team in disarray is never a match for a smooth-running operation like San Francisco, which has beaten the Falcons 11 of the last 13 times, usually by lopsided scores.

"When I was there, it was like, `Let's try to surprise the 49ers, stick them with an upset,'" recalled San Francisco cornerback Darnell Walker, a former Falcon. "It was never, `Hey, we're going to win.' We were always underdogs, trying to do something heroic.'"

But the Falcons were hardly lovable losers like the Chicago Cubs. They were more like the poster children for ineptness.

was the franchise that made brutal draft picks such as Aundray Bruce, Bruce Pickens and Lincoln Kennedy -- all tp 10 picks over the last decade.

This was the franchise that fired coach Dan Henning after the 1986 season, then realized no one else would take the job.

Finally, since it's a basic requirement that every team have a coach, the Falcons turned to the old warhorse Campbell, whose credentials included a 6-19 record with the Falcons in the mid-1970s. Needless to say, he wasn't much better the second time, going 11-32.

"I don't have a lot of people knocking at my door in this industry wanting me to come to work for them, part of the reason being that I've been involved with the Atlanta Falcons," said Nobis, a vice president of corporate development. "When jobs come open, usually the people that folks are going after are with the 49ers or the Cowboys or the Denver Broncos."

Reeves, the winningest active coach in the league, is working to create a different perception about this franchise.

There's a new sense of professionalism that permeates from the boardroom right down to the locker room, a sense that this moribund franchise is finally on the right track -- not just preparing for another brief trip to the playoffs, then plunging back to mediocrity; the Falcons have never had consecutive winning seasons.

"Believe me, if the upstairs is not organized and not performing well, I'll promise you it will filter right on down through these walls," said Nobis, whose corner office at the Falcons' suburban training complex is right above the locker room. "The players can sense it real quick."

Everyone outside of team president Taylor Smith is accountable to Reeves, from the secretaries to the players. While putting so much power in one person can be dangerous -- for instance, who's going to tell him that he's picking the wrong player on draft day? -- a dictatorship was just what a rudderless franchise like the Falcons needed.

"I know I've got an assignment to do, and I worry about getting it done in a timely matter, because Dan is liable to walk through that door any time and say, `What did you do today?'" Nobis said. "I better be able to explain to him what I did today. That's good."

Nobis isn't ready to proclaim the Falcons have irrevocably turned things around. Like everyone else associated with this team, he's been burned before.

But he can't contain his optimism.

"I think so many of us feel right now that if we can't win with this guy (Reeves), what can we do?" Nobis said. "I just know the foundation has been laid here."

It only took 33 seasons.