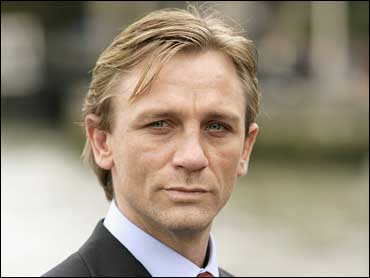 Officially, there are still more than two weeks left of summer. But in Hollywood they're kicking off the all important fall film season. So, from this point forward, you can expect Hollywood to put away childish things like pirate movies and to start thinking more about the adult audience and the Oscars.

Come November, audiences will meet a new James Bond in "Casino Royale." His name is Craig, Daniel Craig, and he's the sixth actor to take on the role of super agent 007.

"The Departed" has the season's most impressive cast, says Cagle. Leonardo Dicaprio, Jack Nicholson, Matt Damon and Mark Wahlberg star in the crime drama directed by the always-impressive Martin Scorsese.

In "Hollywoodland," a beefed up Ben Affleck stars as George Reeves, the actor who played superman on TV and died mysteriously in 1979. Diane Lane co-stars.

Another mysterious Hollywood mystery is unearthed in director Brian De Palma's very dark drama "The Black Dahlia." It's based on James Ellroy's novel about the murder of a 1940s starlet and stars Josh Hartnett, Scarlett Johansson and Hilary Swank.

"All The King's Men" hits the big screen again. The 1949 movie version won the Oscar. Now the pressure is on, says Cagle, for the remake with Sean Penn, Jude Law and Kate Winslet.

2Who says Russell Crowe doesn't have a sense of humor? He and his "Gladiator" director Ridley Scott re-team for a comedy. In "A Good Year," Crowe stars as a London baker who inherits a vineyard in Provence.

Brad Pitt and Cate Blanchett star in "Babel," which has several stories, all of them about pain and loss.

Oscar buzz has already begun for Annette Bening in "Running with Scissors." She plays the unstable mother in this adaptation of Augusten Burroughs' harrowing novel.

If last year's "Capote" left you wanting more, Cagle suggests that you check out the new film "Infamous." This time, newcomer Toby Jones stars as the writer along with Sandra Bullock and Gwyneth Paltrow.

An unlikely but good looking duo, Kevin Costner and Ashton Kutcher star in "The Guardian." Kutcher plays a trouble young man who joins the Coast Guard.

Robin Williams stars as a TV comedian who runs for President and somehow wins in "Man of the Year."

In "School for Scoundrels," Jon Heder of "Napoleon Dynamite" fame takes a confidence class. The problem? He and his teacher, played by Billy Bob Thornton, are after the same girl.

Jessica Simpson is no longer a newlywed but she has a new leading man: Dane Cook in "Employee of the Month."

Zach Braff stars in "The Last Kiss," a guy with a pregnant girlfriend and a crush on another woman.

Tim Allen returns with "Santa Clause 3: The Escape Clause." It hits theaters on Sept. 3, well before the holidays. "Disney clearly couldn't wait till Christmas to open this one," Cagle says.

Oscar-winner Clint Eastwood directs Ryan Philippe in the World War II drama "Flags of our Fathers," and Will Ferrell stars in the upcoming dramedy "Stranger Than Fiction."

Cagle says Oscar is buzzing about "The Queen," a new film about the aftermath of Princess Diana's death in the royal family.