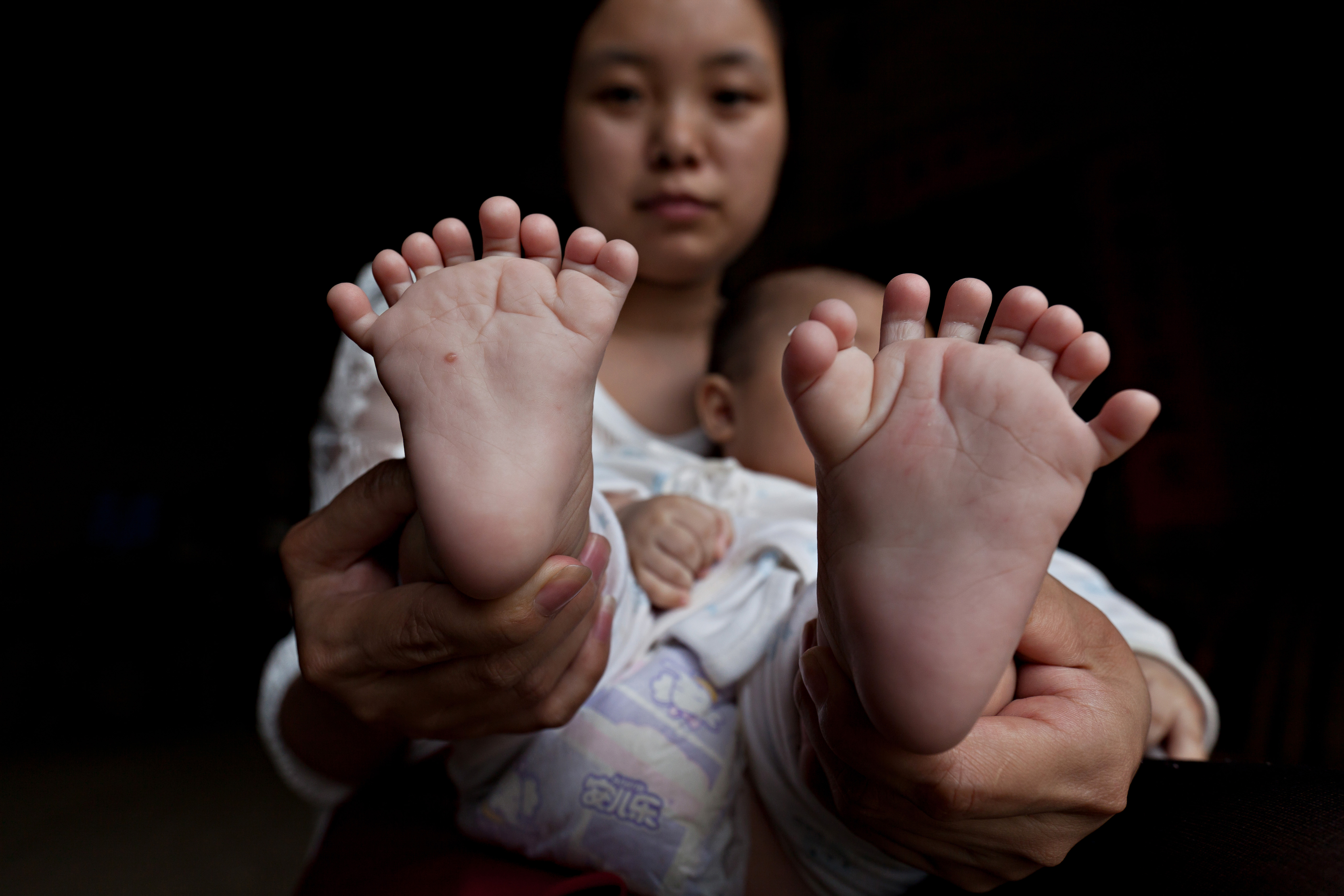 A baby boy in China was born with a total of 31 fingers and toes. His parents, who live in the province of Hunan, were shocked, as there were no indications of his deformities on prenatal scans, according to local reports.

The 3-month-old, nicknamed Hong Hong, was diagnosed with an extreme case of polydactylism. He has 15 fingers and 16 toes. He has two palms on each hand and no thumbs.

According to the National Institutes of Health, the condition may be passed down in families by one gene that can cause several variations. Hong Hong's mother also suffers from polydactylism, with an extra digit on both her hands and feet.

Children's Healthcare of Atlanta reports the condition affects about 1 in every 1,000 live births.

The extra digits are often removed surgically, but the procedure is expensive. Hong Hong's family is currently trying to raise money for the operation.

The boy's father, Zou Chenglin, told CNN that his son is too young to undergo surgery now, and in the meantime, the family is seeking medical advice from doctors.

As of 2014, the Guinness Book of World Records named Devendra Suthar of Himatnagar, Gujarat, India as the person living with the most fingers and toes. Suthar, who is a carpenter, has 14 fingers and 14 toes. He said the extra digits don't affect his work, though he has to be extra careful when cutting.