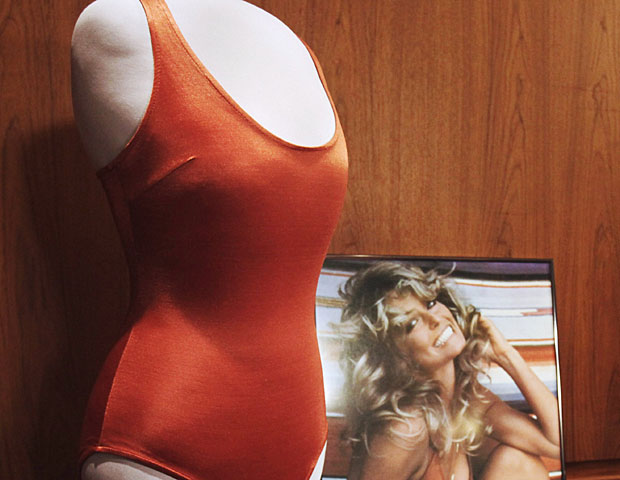 The  red swimsuit that made "Charlie's Angels" actress Farrah Fawcett a 1970s icon was installed in the Smithsonian's pop culture history collection on Wednesday.

The ceremony,  held on what would have been Fawcett's 64th birthday, was  at the Smithsonian's National Museum of American History in Washington. The items are set to go on display this summer.

Although the  swimsuit is known to fans as bright red, it is actually a burnt orange color- most likely due to fading over time. Fawcett had the swimsuit framed herself before her tragic battle with cancer that lead her death in 2009.

O'Neal said Fawcett always intended to give the swimsuit to the museum.

"They asked her years ago for the bathing suit," he said. "So it was always in her plan."

Fawcett wore the bathing suit for a photo shoot shortly before the debut of "Charlie's Angels" in 1976. The poster sold millions of copies and later became the best-selling poster of all time, Smithsonian curator Dwight Bowers told the AP on Wednesday.

Fond memories of Fawcett are easy to come by, and Nels Van Patten, Fawcett's friend and tennis coach, said she did her own hair and makeup for the shoot without a mirror. She also squeezed a lemon in her hair for natural highlights, he said.

O'Neal became choked up during the ceremony, saying that he is "still having trouble with losing her."