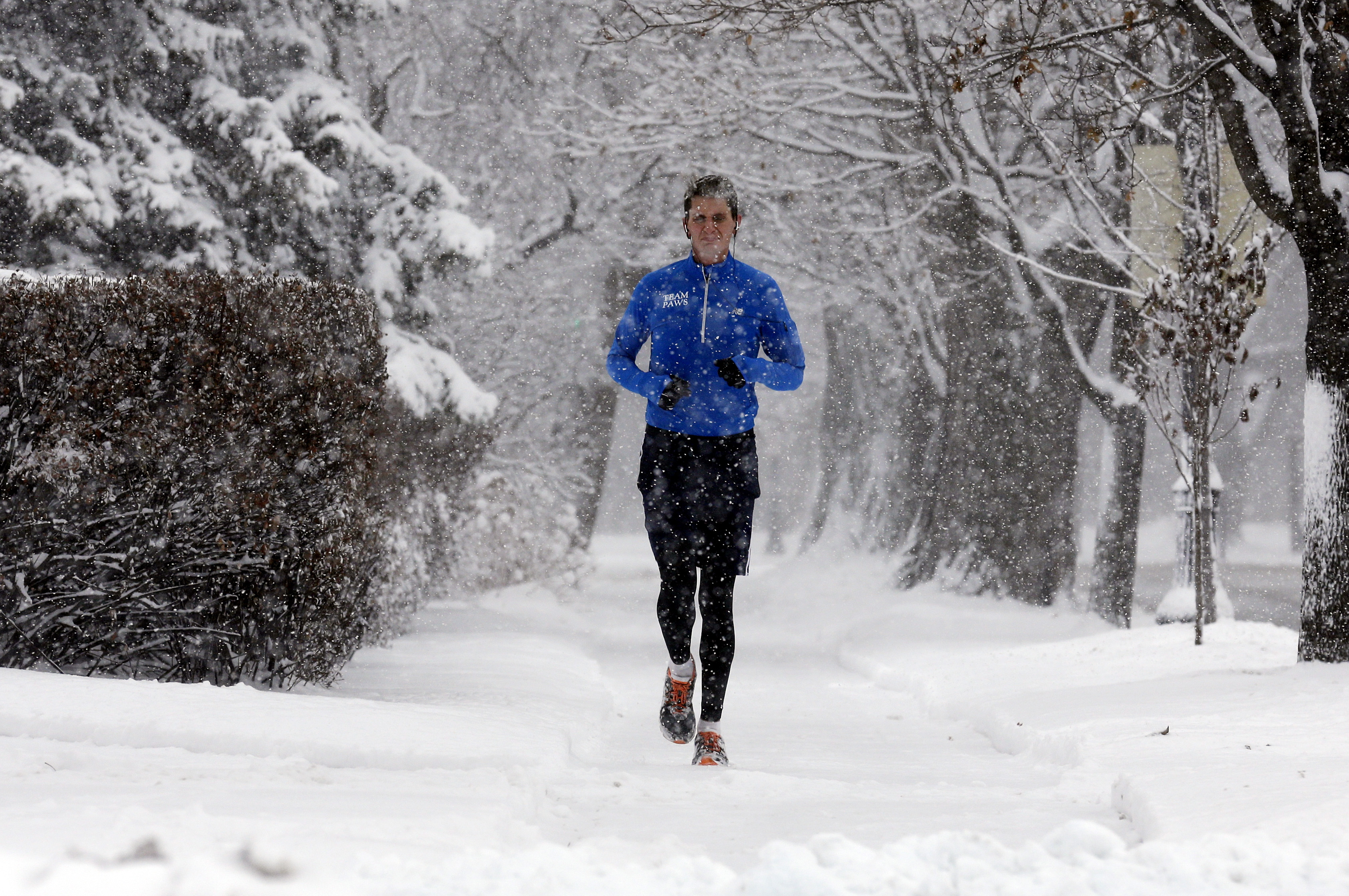 HARRISBURG, Pa. -- A wide swath of the Northeast got another shot of wintry weather on Saturday, giving a boost to ski resorts but hampering travel and complicating shopping plans less than two weeks before Christmas.

Parts of New England could see up to a foot by the time the front pulls out early Sunday and ushers in high winds that could be a hazard of their own. Up to 14 inches could fall in coastal towns in Maine.

Multiple accidents were reported on roadways throughout the Midwest and Northeast, while airports reported about 1,000 cancelations as some parts of the Northeast got a third round of snow in a week's time - and well before the official start of winter.


At resorts and ski towns in Northern New England, the snow was a welcome sight for the slopes.

"We have been watching (the forecast) since people first started talking about it on Monday or Tuesday," said Ethan Austin, spokesman for the Sugarloaf Ski Resort in Carrabassett Valley, Maine. "We're pretty psyched."

The snow-dampened shopping weekend in mid-December was not such good news for retailers.

Kathy Grannis, a spokeswoman for the National Retail Federation, said consumers would likely take their shopping online. She said the weekend before Christmas will give retailers and shoppers another bite at the apple.

"If a big storm hits around the 21st, 22nd, it will be a completely different story," Grannis said.

Airlines canceled about 1,000 flights because of the storm, including almost 375 flights into and out of Newark, N.J., and 189 at Chicago's O'Hare airport.

"It's a pretty bad day for Newark," said Mark Duell, a spokesman for FlightAware, a website that tracks commercial airlines. More than 40 percent of Newark's 900 flights were cut, he said.

The weather contributed to four deadly crashes on Missouri roads on Friday and Saturday and drivers in states throughout the path of the storm were warned of slick road conditions from snow and ice.

The storm dropped more than 6 inches on parts of interior Pennsylvania by sundown, and speed limits were reduced on major interstates. Snow was falling at up to 2 inches per hour in northern Pennsylvania late in the afternoon, while the storm seemed to be skipping other areas entirely.

"It took a little while longer to start sticking down in the Harrisburg area," said National Weather Service meteorologist Elyse Colbert in State College. "Other parts of the state, though, it's panning out as expected."

At the Army-Navy football game in Philadelphia, accountant Kathy Porter shivered under layers of clothing in the stands, trying to keep warm amid low temperatures she doesn't get much of back home in Charlotte, N.C.

"We're just hoping for snow and not rain - I think we can handle the snow," Porter said. "I think we'll be OK. A little frozen but OK."

Colbert said snow had reached more than 3 inches in State College by dinnertime Saturday and provided a lovely winter scene.

"Unless you have to drive in it," she said.