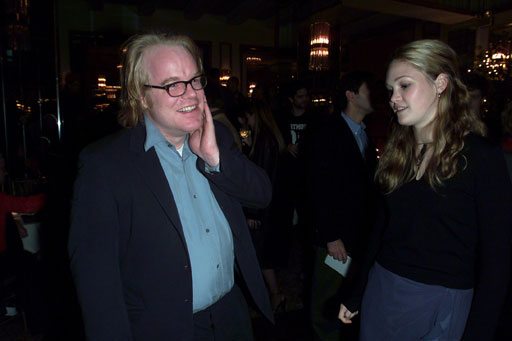 The powerful Green Bay Packers live on, as Steve Young can attest.

Young set two more NFL records Sunday. But he and Jerry Rice, the top scoring duo in NFL history, were overshadowed by Brett Favre and Antonio Freeman and Young was overwhelmed by a relentless, blitzing defense that sacked him a career-high nine times.

Favre and Freeman connected on touchdown pass plays of 80 and 62 yards in Green Bay's 36-22 victory over the San Francisco 49ers Sunday.

The Packers had nine sacks for the first time since Oct. 25, 1965. Reggie White recorded three of them, giving him 11 halfway through his farewell season.

Never before in Young's career had the elusive quarterback been sacked more than six times.

"If you can't put pressure on Steve Young, you're in for long day," Green Bay coach Mike Holmgren said.

Five of Green Bay's sacks came in the first six minutes of the fourth quarter after Favre's three interceptions were threatening to send the Packers to 5-3 with a three-game road trip coming up.

"We just got a surge of energy at the end," White said.

"They say, 'Feel the Power!'" linebacker Brian Williams said. "And we did today."

"You hit a guy in the mouth long enough and he's going to blink," said Packers cornerback Rod Smith.

"Pass rush in this league is pivotal," Young said with a sigh.

"At the end of the game we were in long-yardage situations in a catchup mode and they got to the quarterback a few times," 49ers coach Steve Mariucci said.

49ers hadn't given up this many sacks in 18 seasons.

Freeman caught seven passes for a career-best 193 yards as the Packers and 49ers both went home 6-2, one game behind Minnesota for the NFC's best mark.

Young set two more NFL records: most TD runs by a quarterback and most TD tosses to one receiver -- Rice. But in the end, Young was battered and beaten -- and winless in eight career starts against his No. 1 nemesis, the Packers.

"It's a mountain we've got to climb," Young said. "And it's still there for us."

After blowing a 16-0 lead, Green Bay regrouped in the second half by blitzing Young and returning to the quick-strike offense that led them to the last two Super Bowls.

With the score tied at 22, Favre hit Freeman for a 62-yard TD toss with 11 minutes left in the game. Freeman beat Marquez Pope and Merton Hanks, the same two he burned on the first play from scrimmage for an 80-yard score.

Sack No. 7 resulted in a fumble at the San Francisco 11 Santana Dotson recovered for Green Bay. Travis Jervey rumbled in from there for his first NFL touchdown to cap the scoring.

The 49ers, who lost to the Packers in the NFC championship last season, extended their losing skid to Green Bay to five, including playoff losses the last three seasons.

San Francisco overcame an early 16-0 hole and trailed 19-13 at halftime after linebacker Lee Woodall intercepted Favre in the end zone with 28 seconds left.

Safety Zach Bronson's interception on Green Bay's first possession of the second half set up Garrison Hearst's 30-yard TD romp that tied it at 19.

Holder Ty Detmer dropped the snap on the extra point. In the first half, Keith McKenzie blocked Wade Richey's extra point, and punter Reggie Roby let a snap go through his hands for a safety.

Safety Tim McDonald's interception at the Green Bay 48 set up Richey's 20-yard field goal that gave San Francisco its only lead, 22-19 with 4:45 left in the third quarter.

Young turned to an old favorite to get the 49ers back into it after San Francisco fell behind 16-0 on Robert Brooks' 30-yard TD catch.

Young and Rice became the NFL's top quarterback-wide receiver duo when they connected for a 12-yard scoring toss in the first quarter, breaking Dan Marino and Mark Clayton's record of 79 TDs. That made it 16-6.

Young's 1-yard touchdown run in the second quarter was his 41st TD rushing, surpassing the NFL mark for quarterbacks held by Jack Kemp, and pulling San Francisco to 19-13.

The victory gives the Packers a "chance to get our status back," LeRoy Butler said. "Our bandwagon was a little empty. Everybody wanted to get off it."