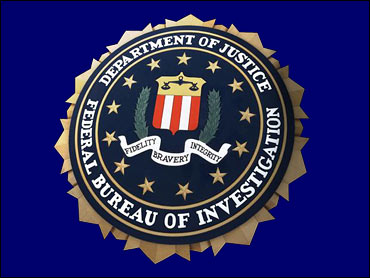 But less than a month before the May 2004 primary election, Esposito dropped out, saying he had to withdraw because of his ailing mother-in-law.

The real reason surfaced only later: The FBI had planted Esposito among the field of candidates to help find evidence of vote-buying in southern West Virginia.

They allege Esposito gave $2,000 in government-supplied money to a resident who had offered to bribe voters on his behalf.

They also credit the undercover sting operation for last year's guilty pleas by the sheriff of Logan County and the police chief in the coal-mining city of Logan, who both admitted to election violations.

The chief judge of West Virginia's southern federal court district condoned the tactic Thursday in an election fraud case against Perry French Harvey Jr., the man who allegedly accepted the $2,000.

Judge David Faber rejected arguments from Harvey's lawyer that the government had acted improperly by putting up a sham candidate.

Esposito, 54, began cooperating with investigators in July 2003, when he agreed to plead guilty to a federal corruption charge. Esposito, an attorney, had failed to notify authorities of criminal activities involving a former county magistrate.

Esposito entered the state House race in January 2004, after losing his bid for a fifth term as Logan mayor. He faces up to three years in prison for the corruption charge and a $250,000 fine at his sentencing Jan. 10. His lawyer, John Carrico, did not respond to messages seeking comment Friday.

Investigators believed that "if Esposito were to become a candidate for elective office, a virtual treasure trove of evidence could result," Assistant U.S. Attorney R. Booth Goodwin II said in a federal court filing last month. "The undercover investigation has yielded important results."

Because Esposito had not dropped out until mid-April 2004, his name remained on the May primary ballot. He received 2,175 votes, coming in last among 10 candidates.

"I can't understand why it's all right to corrupt an election when you're investigating corruption in elections," Campbell said Friday.

But in his ruling, Faber noted that even Campbell had conceded that corruption has been endemic to West Virginia politics.

"It has been nearly impossible to prosecute corruption in Logan County because persons with knowledge of it are reluctant to testify against others in their community," Faber wrote. "Putting Esposito forward as a candidate may have been the only possible means to clean up the political process in Logan County."

The federal election fraud probe has lead to charges against 16 residents of Logan and neighboring Lincoln counties. The Lincoln County assessor and circuit clerk are among those charged with bribing voters in elections dating to 1990.

As Faber observed, vote-buying has long been suspected in the region. Even John F. Kennedy's 1960 campaign allegedly supplied cash to Logan County's political bosses to help him win the West Virginia primary.