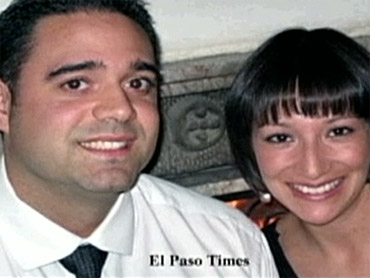 Confused hit men may have gone to the wrong party, the FBI said Tuesday as it cast doubt on fears that the slaying of three people with ties to the U.S. consulate shows that Mexican drug cartels have launched an offensive against U.S. government employees.

The attack drives home just how dangerous Ciudad Juarez has become - and just how vulnerable those who live and work there can be, despite the Mexican government's claims that most victims are drug smugglers.

According to one of several lines of investigation, the assailants - believed to be aligned with the Juarez drug cartel - may have been ordered to attack a white SUV leaving a party and mistakenly went to the "Barquito de Papel," which puts on children's parties and whose name means "Paper Boat."

"We don't have any information that these folks were directly targeted because of their employment by the U.S. government or their U.S. citizenship," FBI spokeswoman Andrea Simmons told The Associated Press by phone from El Paso, just across the Rio Grande from Ciudad Juarez.

The FBI is still investigating the backgrounds of the victims.

Experts cast doubt on the idea that drug cartels would be interested in turning their guns on U.S. government employees.

"A systematic, nationwide shift to the use of such tactics would work against drug traffickers' interests," said Allyson Benton, an analyst with the Eurasia Group. "It would dramatically raise the level of both Mexican and U.S. governmental involvement in the fight against organized crime."

The wife of one of the victims, a 13-year employee of the consulate named Hilda, described to a friend how she watched in horror as hit men pumped bullets into her SUV with her husband and children inside. She had been trailing her family in a second car when the attack occurred.

She leapt screaming from her car, begging the men to stop and telling them her children - ages 2, 4 and 7 - were inside, the friend said. But they continued until her husband, Jorge Alberto Salcido, was covered in blood, slumped dead behind the steering wheel.

All three children in the car were treated for injuries and released - the older children grazed by bullets and the youngest hit by shards of glass, the friend said. His account differed from authorities who said two children were in the car.

The friend asked not to be named, for fear of his own safety. Mexican authorities declined to comment on the discrepancy.

The other attack killed Arthur H. Redelfs, 34, and his wife, Lesley A. Enriquez, 35, a consulate employee who was four months pregnant. They too had just left the party at the lemon-yellow business, decorated with drawings of children's blocks in a neighborhood of two-story homes with manicured lawns.

Their 7-month-old daughter watched the slayings from the back seat, where she was strapped into a car seat. Police found her wailing, her parents dead from gunshots.

President Felipe Calderon, Foreign Relations Secretary Patricia Espinosa and U.S. Ambassador Carlos Pascual flew together to Ciudad Juarez to express their outrage on Tuesday. Calderon, whose trip had been planned prior to the attacks, announced an expansion of the country's welfare program.

"Both countries must keep collaborating to defeat these organizations, stop cross-border trafficking of drug, guns and illegal money, and protect young people and children who are the targets of these criminals," Calderon said.

More than 100 people protested Calderon's visit, demanding the government do more about the bloodshed. Police shoved and hit protesters to prevent them from approaching a hotel and a gymnasium where Calderon held events.

The consulate was closed Tuesday to mourn for the dead, but the officials were expected to meet with employees there.

Amid the tension, a bomb threat forced the evacuation of about 3,000 people at the Autonomous University of Ciudad Juarez. No bomb was found.

Already, the city is one of the world's deadliest places. More than 2,600 people were killed last year, and another 500 so far this year - all in a city of 1.3 million.

The attacks on Saturday were the second time this year that gunmen shocked Mexico by opening fire on a Ciudad Juarez party. In February, gunmen killed 15 youths in what relatives said was a case of mistaken identity. State officials, who have made several arrests in the attack, maintain someone at the party was targeted but have not said who.

People who knew Saturday's victims said they had nothing to do with drugs or crime.

The family friend said he had changed his home, work and mobile phone numbers recently after receiving calls from someone trying to extort money from him. Even so, Salcido, who led a local church choir, brushed off the threats, which are common in the crime-plagued city.

Enriquez was the sole consular employee killed in the attack. No stranger to Mexico's violence, her work entailed helping U.S. citizens recover the remains of loved ones who had died in Mexico. Her husband worked as a jail guard in El Paso.

Members of both families declined to speak with reporters on Tuesday. Zonia Rivas, a nurse practitioner who lives across the street from Enriquez and Redelfs, said the couple would take walks around the neighborhood with their baby. Redelfs would clean his wife's car every Saturday afternoon, a detail Rivas admired.

Rivas said she spoke to Enriquez just before she returned to work from maternity leave, and expressed concern that Enriquez was taking a risk by returning to the violent city.