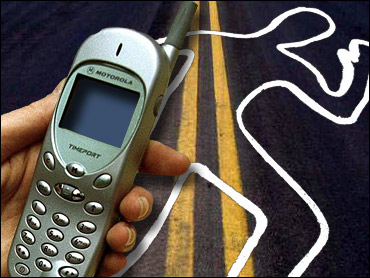 People make more 911 calls from cellular telephones than landlines these days, and police and firefighters increasingly worry about finding those callers in distress.

Contrary to what is portrayed on television crime shows, the accuracy of the technology that guides rescuers to cell phone callers can range from a few yards to several miles, even though federal law requires providers to guarantee that their callers can be located in emergencies.

Aiming to improve accuracy, Federal Communications Commission Chairman Kevin Martin told The Associated Press this week that he will propose significant changes in the 911 system.

"This is something we always want to be improving on," Martin said. "We have to make sure public safety doesn't lose because we don't take advantage of the changes in technology."

Martin said he will support a request by an association of emergency responders to tighten requirements on how accuracy is measured. He also said he will open a new inquiry at the agency that may lead to significant changes in how cell phone companies manufacture handsets.

Unlike landline telephones at houses or businesses, when a 911 call comes in to an emergency communications center from a cell phone, the operator often has only a vague idea of where the person in distress is calling from.

Callers who are lost or incapacitated and cannot speak may wait for hours while rescue workers try and track their location.

The issue has become more critical as the number of 911 calls from cell phones exceeds those coming from landlines, according to public safety experts. The trend is expected to continue as more people opt to drop their landlines altogether.

CTIA, the nation's top wireless industry lobbying group, reports that 230,000 911 calls are made from cell phones each day. The group also estimates that 8.4 percent of households are "wireless only."

There is no doubt cell phones allow people to call for help from more isolated places, but public safety advocates and the wireless industry want people to understand the limits.

"People have to recognize it's not the wireline 911 system and never will be because you can only bend the laws of physics so much," CTIA spokesman Joe Farren said.

Martin's effort comes in advance of a new study from the Association of Public Safety Communications Officials that will highlight the limitations of "enhanced" 911 systems.

"It's a misconception to think that when you dial 911 on a cellular phone that the person on the other end is going to know where you are," said Bob Smith, director of emergency communications. Smith said he worries about television dramas in which police are able to locate a person in distress down to within a few feet.

"The fact is, that can't always happen in real life," he said. "The technology doesn't exist in most places to allow that to happen."

The location challenges stem from limitations inherent in how cell phones work and a decision the FCC made several years ago to allow manufacturers to use two different location technologies.

Network technology uses cell phone towers to zero in on a caller through a process known as triangulation. But to triangulate, there need to be at least three towers near the caller — something that's is unlikely in rural areas.

The second method uses satellite technology embedded in the phone. Rescuers use a geographical information system that guides them to the caller, often with great accuracy. While those phones are desirable in rural areas, they may be ill-suited in the urban canyons common to cities.

Federal law and FCC rules require that providers using the network method should be accurate to within 300 meters — that's about three football fields — for 95 percent of calls and within 100 meters for 67 percent of calls.

The FCC does not do any independent testing to ensure compliance, but rather acts on complaints. For assurances on accuracy, they rely on the companies themselves.

The flaw in the system is that carriers are permitted to use a large area, such as an entire state, to calculate their accuracy rate. Through averaging they may score well overall, but there may be gaps in some areas that are not addressed.

"It doesn't do any good for people in Buffalo and Albany if things are going well in New York City," Martin said.

The Association of Public Safety Communications Officials has urged the agency to require that testing be done on a community-level basis and Martin agrees. He said he will ask the full commission to issue an order granting APCO's request.

APCO also has asked that the providers share their accuracy data with rescuers, something else the chairman agrees with.

Martin also said he will address the network-versus-handset technology issue, something that may have a profound effect on the makers of the nation's 200 million-plus cell phones.

A "notice of proposed rulemaking" on the issue will be circulated at the commission in the next few weeks.