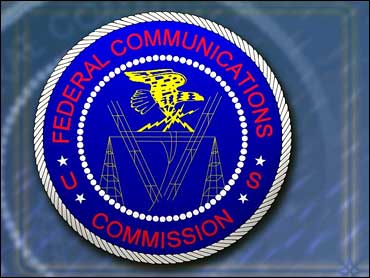 The head of the Federal Communications Commission thinks he has come up with a way to salvage his ambitious national broadband plans without running into legal obstacles that have threatened to derail him.

FCC Chairman Julius Genachowski said Thursday his agency has found a compromise in how it regulates high-speed Internet access: It will apply only narrow regulations to broadband companies. The FCC chairman said this delicate dance will ensure the agency has adequate authority to govern broadband providers without being too "heavy-handed."

The FCC needs that legal authority in order to carry out the sweeping national broadband plan that it released in March. Among other things, the plan is designed to give more Americans access to affordable high-speed Internet connections by revamping the federal program that subsidizes telephone service and using it to pay for broadband. Separately, Genachowski also wants to adopt so-called "network neutrality" rules prohibiting phone and cable companies from prioritizing or discriminating against Internet traffic traveling over their lines.

Last month, a federal appeals court cast doubt on the FCC's authority over broadband, forcing the agency to come up with a new approach that can pass legal muster. But the framework outlined Thursday figures to also face challenges in court as well from the FCC's two Republican commissioners.

The FCC currently treats broadband as a lightly regulated information service. Genachowski's idea is to redefine it as a telecommunications service subject to "common carrier" obligations to treat all traffic equally. Similar rules apply to other common carrier networks that serve the public, including roads and highways, electrical grids and telephone lines. But Genachowski said he will refrain from imposing more burdensome mandates that also apply to traditional telecommunications companies.

The proposal is intended to strike a balance that can satisfy both Internet service providers, which oppose any new broadband regulations, and public interest groups that are demanding greater consumer protections.

In a statement, Genachowski painted the new framework as "a restrained approach to broadband communications, one carefully balanced to unleash investment and innovation while also protecting and empowering consumers."

The FCC will soon seek public comment on Genachowski's proposal. It would have to be approved by three or more of the FCC's five commissioners and Genachowski is expected to have the support of his two fellow Democrats at the agency.

The two Republicans on the commission, Robert McDowell and Meredith Baker, said they are disappointed with the chairman's plan. "This dramatic step to regulate the Internet is unnecessary," they said in a joint statement.