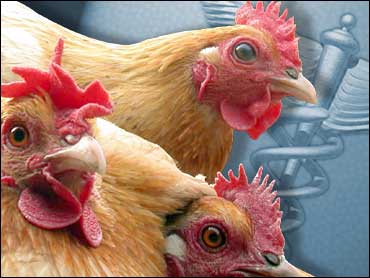 The FDA has approved a new lab test to diagnose the H5 strain of the flu virus in people suspected to be infected with that strain of influenza, such as in the H5N1 "bird flu."

The test, developed by the Centers For Disease Control, provides preliminary results within four hours after a sample arrives at a lab and testing begins. Previous tests took at least two or three days, says a news release from the U.S. Department of Health and Human Services (HHS).

If the new test detects the H5 strain of the flu virus, further tests must be done to see if the N1 subtype of the virus is involved.

Beginning next week, the CDC will distribute testing kits to all 50 states. The kits will go to labs in the Laboratory Response Network (LRN), totaling about 140 labs nationwide. The test has also been shared with the World Health Organization and its collaborating centers worldwide.

Results of tests will be used to track cases of illness with this strain of virus. The test is used in patients with symptoms of severe respiratory illness and a risk of exposure, such as direct contact with sick, dead, or infected poultry in a country with outbreaks of the H5N1 virus in poultry.

"This laboratory test is a major step forward in our ability to more quickly detect cases of H5 avian influenza and provides additional safeguards to protect public health," says HHS Secretary Mike Leavitt in the news release. "Thanks to the expeditious and collaborative efforts of CDC and FDA, the availability of this new test gives us one more tool to keep up with the ever changing nature of influenza viruses."

"The use of this test by laboratories that are part of the LRN, in conjunction with other laboratory testing and clinical observations, may enable earlier detection of influenza cases caused by this specific virus and allow public health agencies to investigate sources of infection and more quickly respond with control and prevention activities," Gerberding says in the news release.

Since December 2003, more than 160 human cases of bird flu caused by the H5N1 strain of influenza have been reported in Thailand, China, Vietnam, Cambodia, Indonesia, Turkey and Iraq.

More than half of the people infected with the H5N1 virus have died. Nearly all of these cases are believed to have been caused by exposure to infected poultry. The concern is that H5N1 will evolve into a virus capable of human-to-human transmission and lead to an influenza pandemic, the HHS states.
The H5N1 virus hasn't been reported in the United States in either people or birds.