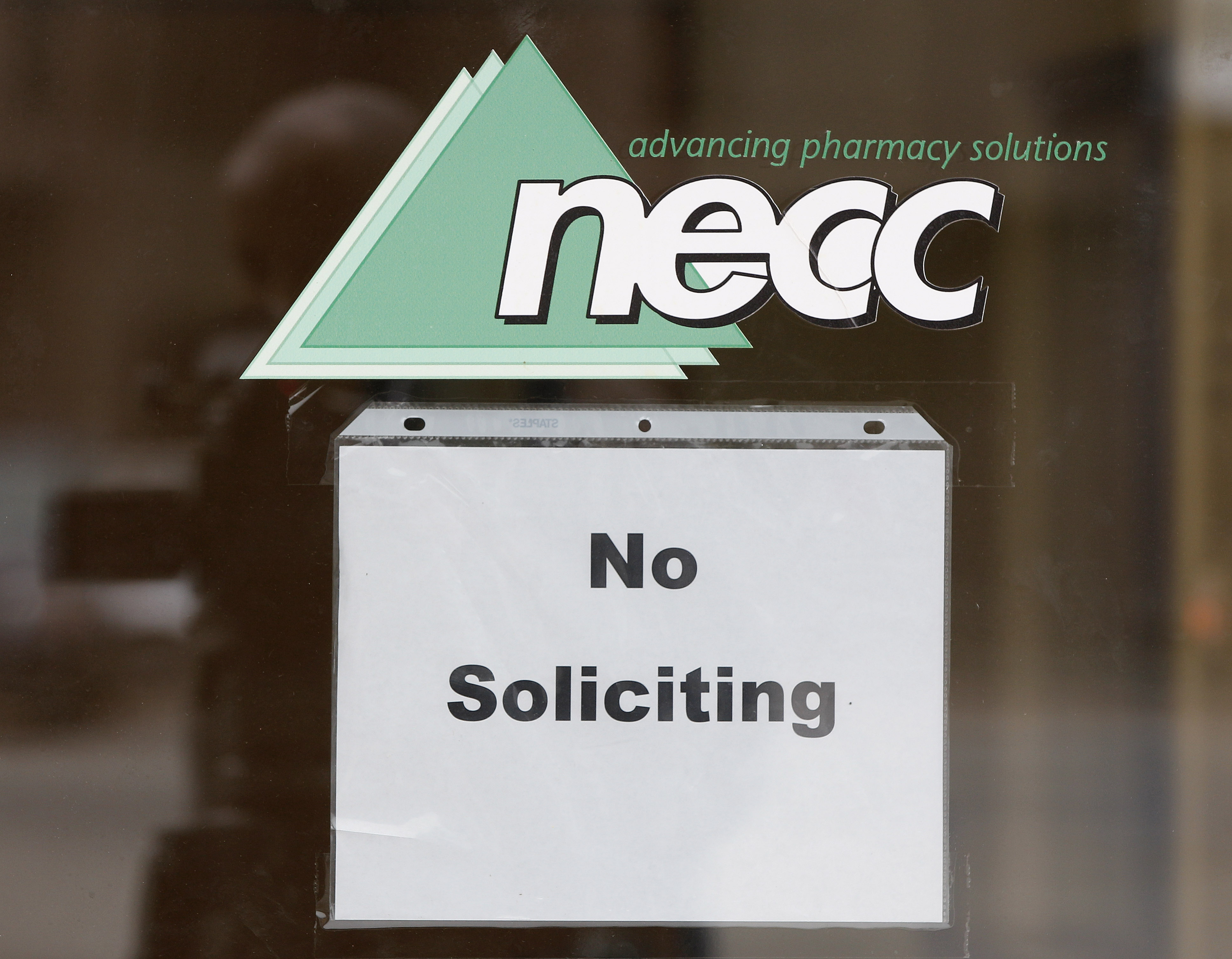 Other products made by the New England Compounding Center have tested positive for bacterial contamination, the Food and Drug Administration announced Thursday.

Three lots of methylprednisolone acetate (MPA) steroid injections made by the Framingham, Mass. company -- which up to 14,000 patients may have received -- have been linked to a 19-state outbreak that has infected 377 people with fungal meningitis and nine others with fungal joint infections.

Tests by federal agencies have confirmed presence of the fungus Exserohilum rostratum in recalled MPA vials and an FDA investigation last week reported 83 vials of the steroids contained "greenish black foreign matter" with another 17 containing "white filamentous material. These injections have to date been thought to be the main disease-spreading culprit.

However out of caution, agencies have been testing other products made by the New England Compounding Center, and the results released Thursday found bacteria -- not fungus -- in preservative free betamethasone and cardioplegia solutions.

Betamethasone is a medication used to various skin conditions; cardioplegia solutions are given during heart surgery.

The agency notes it has not received reports of infections due to Bacillus or closely-related organisms, from these medications. Fungal tests of these drug lots are still pending.

Two types of Bacillus found, Bacillus idriensis and Bacillus circulans, have rarely been reported as a causes of human disease, the FDA noted.

The agency had previously been investigating fungal infections in one patient who received cardioplegic solution during heart surgery and two patients who had another type of steroid injection made by NECC, triamcinolone acetonide.

"Although final laboratory results on additional samples are still pending, the previous finding of fungal contamination of MPA and recent finding of bacterial contamination of betamethasone and cardioplegia solution reinforce the FDA's concern about the lack of sterility in products produced at NECC's compounding facility and serve to underscore that hospitals, clinics, and health care providers should not use any NECC-supplied products," the FDA said in a statement.

The FDA's preliminary investigation had also found the Compounding Center did not adequately perform sterility tests on medications and had mold and bacterial contamination in "clean" areas where drugs were prepared.

On Wednesday, the FDA had announced Ameridose, LLC, a company that shares ownership with the New England Compounding Center, had recalled all its products in circulation after the FDA expressed concerns for the company's sterility testing process following an investigation.