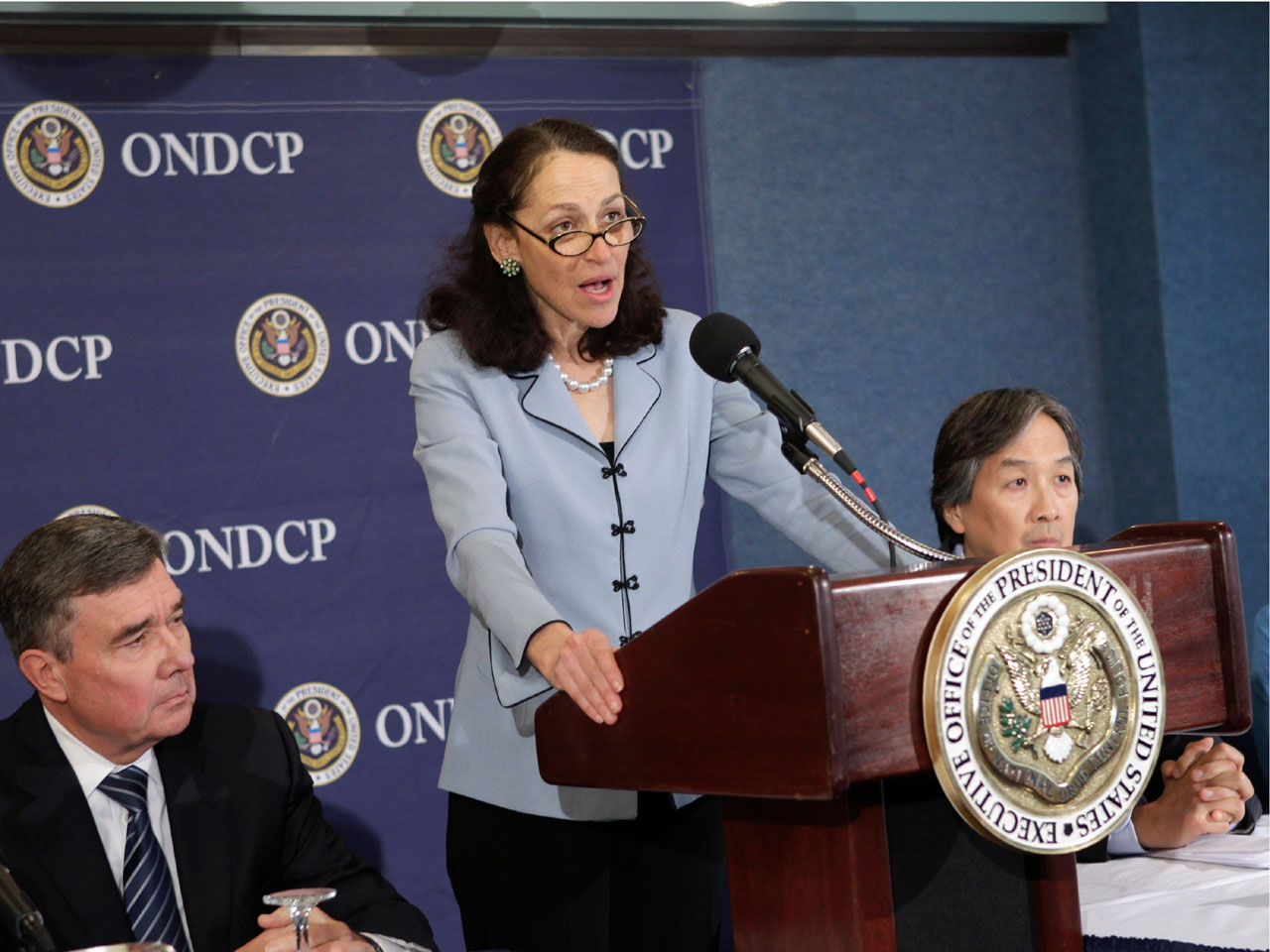 The head of the Food and Drug Administration is preparing to tell Congress that new laws are needed to police large specialty pharmacies like the one at the center of a deadly meningitis outbreak.

Testimony released ahead of the first congressional hearing on the incident shows that FDA Commissioner Margaret Hamburg will ask lawmakers to give her agency more authority and funding to oversee compounding pharmacies. She plans to testify before the House Energy and Commerce Committee.

As of November 9, 428 patients have been presumed to be diagnosed with fungal meningitis stemming from contaminated steroid shots distributed by New England Compounding Center (NECC), and more than 32 deaths have been reported, according to Centers for Disease Control and Prevention estimates. An additional 10 cases of fungal joint infections in caused by injections in sites such as the knee, hip, shoulder and elbow have also been reported.

Hearings Wednesday at both the Massachusetts State House and on Capitol Hill in Washington will look into the Framingham, Mass., facility's role in the outbreak, CBS Boston reports.

"FDA's authority over compounding pharmacies is limited by law and is not suited to effectively regulate the evolving compounding industry," Hamburg said, in a statement released ahead of the hearing in D.C.. "We need a clear path forward that is proactive and preventive."

Hamburg says Congress should put in place a two-tier system in which traditional compounding pharmacies continue to be regulated at the state level, but larger pharmacies would be subject to FDA oversight.

Pharmacies that ship bulk product or produce complex drugs would have to register with the FDA and undergo regular inspections, similar to pharmaceutical manufacturers. These non-traditional compounding pharmacies would also have to meet the more stringent manufacturing standards required of pharmaceutical companies.

"In light of growing evidence of threats to the public health, the administration urges Congress to strengthen standards for non-traditional compounding," Hamburg states in her testimony.

Besides Hamburg, NECC co-founder and pharmacist Barry Cadden has been subpoenaed to go before the House Energy and Commerce Committee. The committee will also hear from a Massachusetts health official and the widow of a patient killed by the company's product.

Stearns said he plans to to ask about a specific incident in September 2004, in which FDA investigators asked Cadden if he had "Trypan Blue" solution on hand. The product is not approved by the FDA.

The CBS News' Investigate Team's Laura Strickler reports that investigators then found a drawer labeled Tryban Blue that contained 189 vials of the drug. When presented with their findings, Cadden reportedly became "indignant" and told the company's co-owner Greg Conigliaro to no longer answer the investigators' questions.

"So I think the FDA has a lot to explain here, because at this point all of us are just aghast at the number of people that have died, as well as a huge number of people who ended up in hospitals," Stearns told Axelrod.

On Monday, the House Energy and Commerce Committee released a report of detailed history of NECC's regulatory troubles ahead of the Wednesday hearing.

The report shows that after several years of problems, Food and Drug Administration officials in 2003 suggested that the compounding pharmacy be "prohibited from manufacturing" until it improved its operations. But FDA regulators deferred to their counterparts in Massachusetts, who ultimately reached an agreement with the pharmacy to settle concerns about the quality of its prescription injections.

The congressional report also shows that in 2003 the FDA considered the company a pharmacy. That's significant because since the outbreak came to light in late September, public health officials have charged that NECC was operating more as a manufacturer than a pharmacy, shipping thousands of doses of drugs to all 50 states instead of small batches of drugs to individual patients. Manufacturers are regulated by the FDA and are subject to stricter quality standards than pharmacies.

The report offers the most detailed account yet of the numerous regulatory complaints against the pharmacy, which nearly date back to its founding in 1998.

Cadden was subject to several other complaints involving unprofessional conduct in coming years, but came to the FDA's attention in 2002.

The NECC has been closed since early last month, and Massachusetts officials have taken steps to permanently revoke its license. The pharmacy has recalled all the products it makes, including about 17,700 single-dose vials of a steroid that tested positive for the fungus tied to the outbreak.

A recent investigation of the NECC found numerous sterility issues, including bacterial contamination and mold growth in areas where drugs are prepared.

Another company owned by the same owners as the NECC, Ameridose, wasalso discovered to have sterility issues during a recent inspection when investigators found insects and birds inside the facility. The company will be shut down until Nov. 19 at the earliest, and has had to lay off 650 employees and an additional 140 employees at its marketing and support arm because of the extended closure.