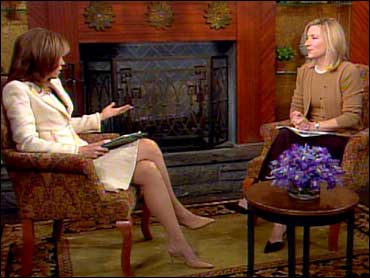 Two years after the withdrawal of the painkiller Vioxx, a dysfunctional Food and Drug Administration still cannot track the safety of new drugs and respond quickly to problems, a panel of experts said Friday.

The Institute of Medicine said the FDA needs more money, people and power to ensure it maintains focus on the safety of the drugs it regulates throughout the time they are on the market. The agency needs cultural changes, too, to avoid the tensions that can upset the weighing of drugs' risks and benefits, the panel said.

Also needed are labeling and advertising restrictions on newly approved drugs that would stress the uncertainties that remain about their safety, the institute said in its report, "The Future of Drug Safety."

Problems in FDA oversight were highlighted when the popular painkiller Vioxx was pulled from the market in 2004, five years after its approval, because long-term use was linked to an increased risk of heart attack and stroke.

The institute cited an appearance of a crisis in drug safety but did not determine whether one exists in fact. It painted a picture of a lopsided agency, with less-than-adequate amounts of time and money being spent on monitoring the safety of drugs once great numbers of people begin using them.

"We found an imbalance in the regulatory attention and resources available before and after approval," said Sheila Burke, chairwoman of the committee that wrote the report. "Staff and resources devoted to pre-approval functions are substantially greater. Regulatory authority that is well-defined and robust before approval diminishes after a drug is introduced to the market."

"It comes up again and again in this report," Early Show medical correspondent Dr. Emily Senay said Monday, "that, once a drug is on the market, if problems crop up, there's really no way to handle them."

Nor does FDA have the resources to keep up once the drugs reach the market in assessing safety or informing the public about any risks that might develop.

"I am committed to taking additional steps and will look to the initiatives recommended by the Institute of Medicine, to ensure we continue to fulfill our mission," said Dr. Andrew von Eschenbach, the FDA's acting commissioner. Others within FDA were quick to talk about actions the agency already has taken.

Burke called much of the effort little more than "moving boxes" around on organizational charts. "They have not been an integrative solution. They have addressed pieces of it but not in a fulsome way," she said.

The institute proposed a series of steps to improve safety review, including boosting FDA's budget whether through an appropriation from Congress or taxes. It also recommended lifting restrictions on how FDA can spend the fees collected from drug companies. Those fees now underwrite the cost of reviewing new drugs before approval.

It also recommended the FDA review the safety of all new drugs five years after their introduction, which would make the initial approval almost tentative and subject to withdrawal.

The report does not recommend the setting up of a separate center to oversee the safety of drugs, as some anticipated. Burke and others said the committee felt strongly that safety should be integrated throughout the approval process.

It does suggest that Congress grant the FDA the regulatory authority to compel pharmaceutical companies to study the risk of their drugs once they're on the market.

And, Dr. Senay points out, the institute recommends that nearly all drug trials on human subjects be posted on the Internet for all to see. There have been complaints, she says, including in the Vioxx case, that data suggesting possible hazards may be known to drug manufacturers, but not to the public. This change would subject study data to earlier and more widespread scrutiny.

Also, Senay notes, the study urges that the distribution of certain drugs be limited to medical centers, doctors and pharmacists with experience, or special training, in the use of the drugs. The goal, she explains, is to curb dangers to patients that might arise when drugs are prescribed by practitioners not fully familiar with their potential plusses and minuses.

"Vioxx was like a dead canary in a coal mine, a warning that worse may yet come. Today there's no question left that we need to strengthen post-market surveillance in order to improve drug safety and save lives," said Republican Sen. Charles Grassley, who with Democratic Sen. Christopher Dodd has introduced legislation that would give the FDA such authority.

Such authority also should include the ability to assess fines and impose injunctions, the report said. The FDA also should step up its own monitoring of the safety of drugs, it said.

"This report confirms what many of us in Congress have been arguing all along — that the Food and Drug Administration's authority must be strengthened to empower the agency to take rapid and decisive actions on drug safety," said Democratic Rep. Rosa DeLauro. DeLauro is the ranking Democrat on the House of Representatives subcommittee that oversees the FDA and its budget.

The Institute of Medicine advises the government on health policy. The FDA commissioned the report.