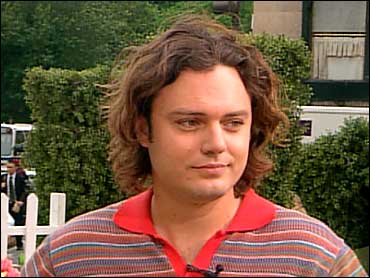 Misbin had clashed with FDA management over the dangers of Rezulin, and even wrote Congress saying it should be pulled from the market. It finally was withdrawn last March, but only after dozens of liver-related deaths linked to Rezulin.

"The medical officer is ultimately responsible for drugs that are approved... and I don't want to stay around for what's going to happen," he says.

The FDA began a internal investigation of Misbin after he wrote Congress. Congress intervened, saying that amounted to retaliation against a whistleblower.

Misbin says he also recently got his first negative job performance review. "The writing was on the wall," says Misbin.

In his letter to Congressman Henry Waxman, D.-Calif., Misbin complained, "I have been frustrated in my efforts to convince my superiors that the time has come to remove Rezulin from the market."

Misbin is not the first FDA scientist involved with Rezulin to face an agency probe. In March, Internal Affairs interrogated Dr. Leo Lutwak, whom they also accused of leaking data on Rezulin.

Internal Affairs also investigated Dr. John Gueriguian, the original scientist in charge of Rezulin trials, after he was the first to insist that Rezulin was too dangerous to be sold.

Doctors Gueriguian and Lutwak have since retired. Earlier this year, Lutwak told CBS News he was furious about being questioned.

"In my own agency I'm treated like...I'm treated worse than a criminal! I'm accused, I'm threatened, I'm taken away from my work," said Lutwak.

Rezulin is used with other drugs to treat Type 2 diabetes, a life-threatening disease that affects 18 million Americans and is a leading cause of coronary heart disease, blindness, kidney failure, and limb amputation.

It was introduced in the United States in 1997. Shortly after that, concerns emerged about some patients who developed liver problems after taking the drug. To date, the FDA has linked 63 deaths to Rezulin.

CBS News reported earlier this year that two researchers who conducted clinical trials of the drug for manufacturer Warner-Lambert claim the company told them to downplay problems with the drug.

CBS News also reported that FDA documents showed tests of the drug found liver enzyme levels six times the normal levels, even though Warner-Lambert reported levels of "2 to 3 times...normal," a figure the company later acknowledge to the FDA was "not correct."

Warner Lambert asked the FDA for an objective review of Rezulin after one CBS News report.
In March, when alternative drugs for treating diabetes were approved, the FDA asked manufacturer Warner Lambert to remove Rezulin from pharmacy shelves.

Warner-Lambert, however, maintained that Rezulin’s benefits outweighed its risks.

In a statement explaining its decision to cooperate with the FDA the company said, "repeated media reports sensationalizing the risks...have created an environment in which patients and physicians are unable to make well-informed decisions."