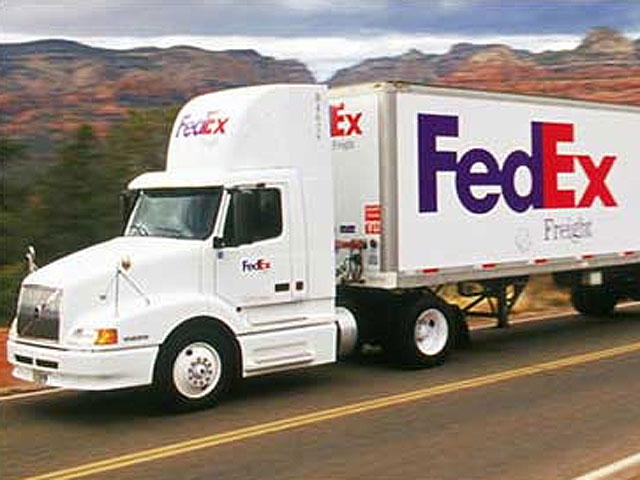 The world's second-biggest package delivery company said the shortfall is primarily in its express division, which moves 3.5 million packages on an average day. That indicates customers have continued to switch from overnight air delivery to slower, cheaper methods. Poor economic conditions in Europe and slowing growth elsewhere, including Asia, have forced the shifts.

FedEx expects to earn between $1.37 and $1.43 per share in the fiscal first quarter that ended Aug. 31. That's down from an original forecast of $1.45 to $1.60 per share. Analysts were expecting $1.56 per share, according to FactSet. Shares fell 3 percent in after-hours trading.

Both FedEx and larger rival UPS have warned about the impact of slower economic growth on their results. In July, UPS said customers were worried about what's in store in the second half of the year. The delivery companies have cut or reduced the frequency of flights in Asia, as shipments both within the region and to Europe and the U.S. have slowed.

Revenue grew just 3 percent at FedEx's express division in the quarter ended May 31. Operating income dropped by $148 million. That was largely due to a charge for the retirement of some aircraft, but a 3 percent decline in package volume also hurt results.

Higher costs have also plagued FedEx. The company said last month that it will offer voluntary buyout packages to an unspecified number of employees in the U.S. It said the buyouts will likely focus on slow-growth areas like the Express and Services units. UPS has also vowed to reduce costs.

FedEx did not update its economic forecasts on Tuesday. Back in June, it forecast moderate growth for both the U.S. and global economies. It said it will release additional information when it reports results on Sept. 18.