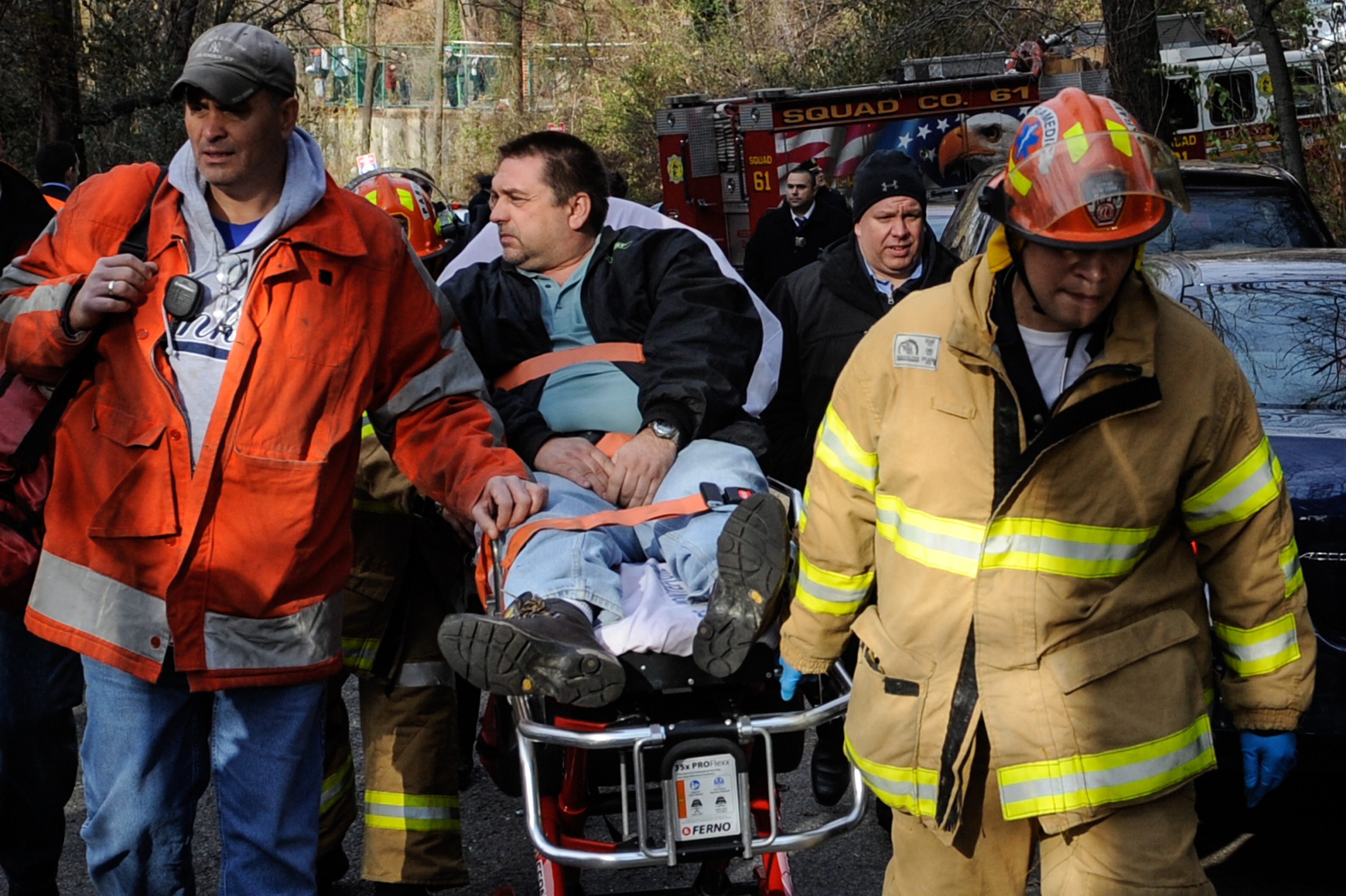 Joseph Szabo, the head of the Federal Railroad Administration, said in a letter that his administration and the U.S. Transportation Department "have serious concerns" following by Sunday's train accident and three others that occurred in New York and Connecticut from May through July.

Szabo noted that a federal team has been working closely with Metro-North Railroad and New York City's Metropolitan Transportation Authority. But he said "immediate corrective action is imperative."

In the letter obtained by CBS News, Szabo said that the four Metro-North accidents that have occurred over the last seven months have "eroded the public’s confidence in the safety of the railroad transportation system."

The MTA said the safety of its customers "has always been, and will always continue to be" its top priority. It said a panel is conducting a comprehensive probe of the "safety culture" throughout the MTA and it looks forward to further work with federal officials.

The engineer whose train ran off the rails Sunday in the borough of the Bronx experienced a hypnosis-like "daze" and nodded at the controls just before the wreck, according to his lawyer and a union leader. By the time he caught himself it was too late.

Attorney Jeffrey Chartier accompanied engineer William Rockefeller to his interview with National Transportation Safety Board investigators and described the account Rockefeller gave Tuesday. Chartier said the engineer experienced a nod or "a daze," almost like road fatigue or the phenomenon sometimes called highway hypnosis. He couldn't say how long it lasted.

What Rockefeller remembers is "operating the train, coming to a section where the track was still clear - then, all of a sudden, feeling something was wrong and hitting the brakes," Chartier said.

He called Rockefeller "a guy with a stellar record who, I believe, did nothing wrong."

Rockefeller "basically nodded," said Anthony Bottalico, leader of the rail employees union, relating what he said the engineer told him.

Federal investigators said late Tuesday they had removed Bottalico's union, the Association of Commuter Rail Employees, as a participant in the investigation over a breach of confidentiality after he publicly discussed information related to it. They wouldn't comment on Rockefeller's level of alertness around the time of the Sunday morning wreck in the Bronx.

Separately, however, two law enforcement officials said the engineer told police at the scene that his mind was wandering before he realized the train was in trouble, and by then it was too late to do anything about it. One of the officials said Rockefeller described himself as being "in a daze" before the wreck.

The officials, who were briefed on the engineer's comments, weren't authorized to discuss the investigation publicly and spoke on condition of anonymity.

Questions about Rockefeller's role mounted rapidly after investigators disclosed on Monday that the Metro-North Railroad commuter train jumped the tracks after going into a curve at 82 mph, or nearly three times the 30 mph speed limit.

Rockefeller, who had been a volunteer firefighter for 23 years, at first declined medical attention to try to help others after the crash, Chartier said. But he later was treated at a hospital for minor injuries and was released.

National Transportation Safety Board member Earl Weener repeated that it was too soon to say whether the accident was caused by human error. But he said investigators have found no problems so far with the brakes or signals.

Alcohol tests on the train's crew members were negative, and investigators were still awaiting the results of drug tests, the NTSB official said.

On the day of the crash, Rockefeller was on the second day of a five-day work week, reporting at 5:04 a.m. after a typical nine-hour shift the day before, according to Weener. Rockefeller had been moved from a night shift to a day one just two weeks before the crash, CBS News correspondent Jeff Pegues reported.

Chartier said Rockefeller had gotten "a proper amount of sleep," having gone to bed at 8:30 the previous night to wake up at 3:30 a.m. for his shift. He said Rockefeller, before going to bed, had been spending time at home.

Rockefeller, 46 and married with no children, has worked for the railroad for 15 years and has been an engineer for 10, according to Weener.