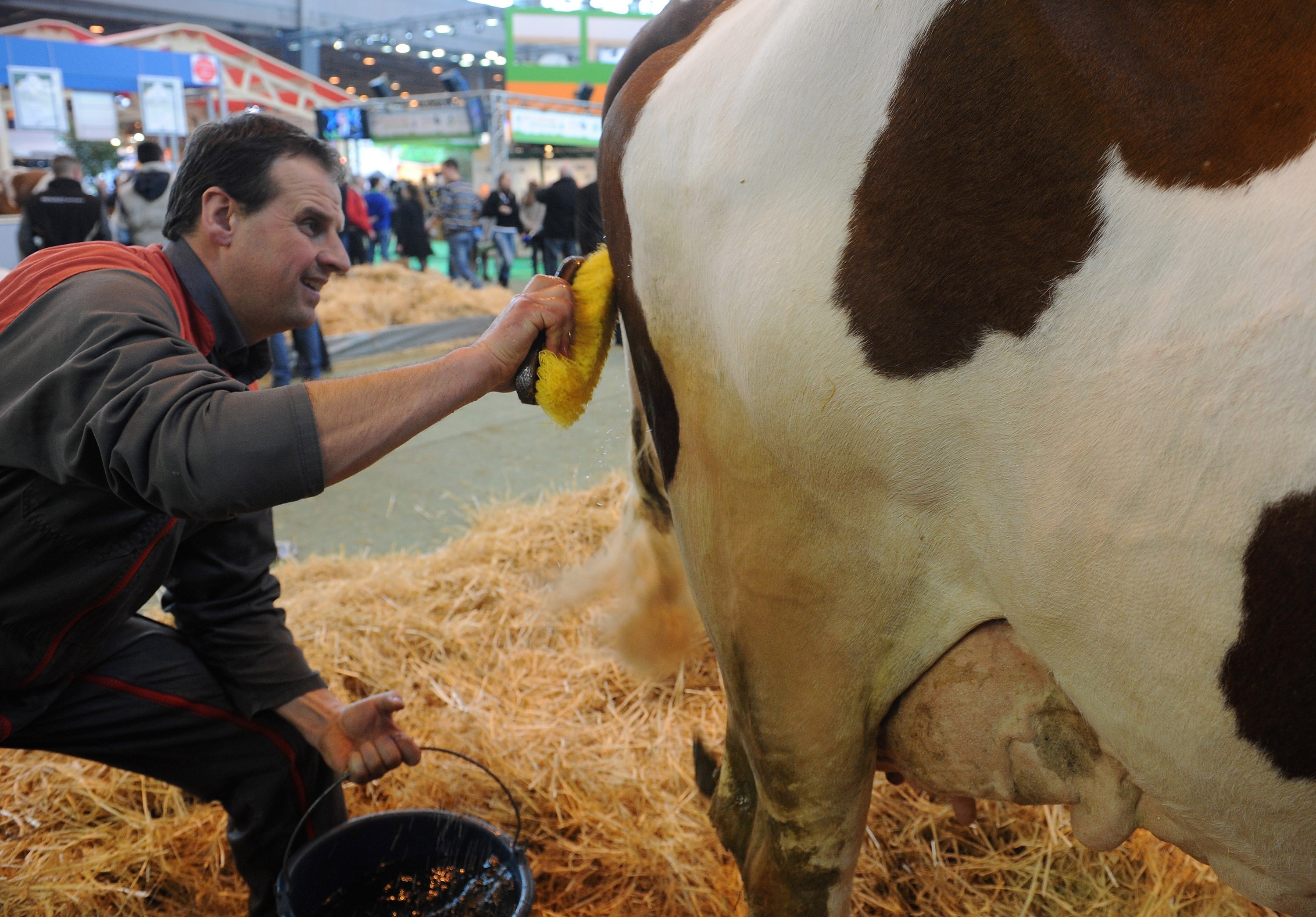 (AP) DENVER - It may take explosives to dislodge a group of cows that wandered into an old ranger cabin high in the Rocky Mountains, then died and froze solid when they couldn't get out.

The carcasses were discovered by two Air Force Academy cadets when they snow-shoed up to the cabin in late March. Rangers believe the animals sought shelter during a snowstorm and got stuck and weren't smart enough to find their way out.

The cabin is located near the Conundrum Hot Springs, a nine-mile hike from the Aspen area in the Maroon Bells-Snowmass Wilderness area.

Michael Carroll, a spokesman for the Wilderness Society in Colorado, said cattle are often allowed to wander on federal wilderness lands as long as ranchers get a permit from the Forest Service, and sometimes the animals get separated from the herd.

The Forest Service said Tuesday the animals came from a herd of 29 cows that went missing last fall from the nearby Gunnison National Forest where the rancher had a permit. An aerial search failed to turn up any sign of the animals.

"There is a lot of snow, and it's hard to determine how many cows are there," Porter said.

U.S. Forest Service spokesman Steve Segin said Tuesday they need to decide quickly how to get rid of the carcasses.

"Obviously, time is of the essence because we don't want them defrosting," Segin said.

Segin said officials are concerned about water contamination in the nearby hot springs if the cows start decomposing during the thaw.

The options: use explosives to break up the cows, burn down the cabin, or using a helicopters or trucks to haul out the carcasses.

But Segin said using helicopters is too expensive and rangers are worried about using trucks in a wilderness area, where the government bars permanent improvements and tries to preserve the natural habitat.

Carroll praised the Forest Service for trying to remove the animals while doing the least damage. He said burning down the cabin or packing out the carcasses are probably the best solutions.

"They need to use the minimal tool to get the job done. They don't want to leave the land scarred," he said.

"We've used them as a means of disposal to remove dead horses, elk and other animals in areas where it's impossible to get them out," he said.