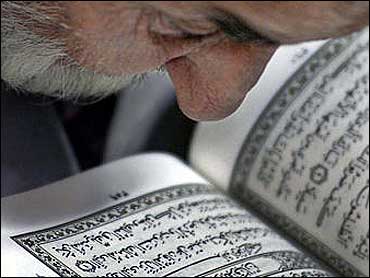 The State Department said Wednesday night the scheduled execution of a Pakistani man in Virginia next week "may trigger retaliatory attacks against American interests overseas."

A "worldwide caution" issued by the department said U.S. citizens need to be vigilant and to be aware of the "continuing threat of terrorist actions that may target civilians."

Mir Aimal Kasi is to be executed Nov. 14 for killing two CIA employees and wounding three others outside CIA headquarters in January 1993. U.S. authorities snatched Kasi in July 1997 from a hotel in Pakistan after a four-year manhunt.

Separately, the FBI issued a bulletin warning of possible terrorist attacks being carried out during the holy month of Ramadan, which started Wednesday and runs through Dec. 5.

"Al-Qaida and sympathetic jihadists may view Ramadan as having religious incentives and symbolic and operational advantages for conducting terrorist attacks," the bulletin said. The FBI also cited unspecified intelligence indicating al-Qaida may be planning a strike this Ramadan.

Some lower-level al-Qaida operatives may be more likely to time attacks to symbolic dates and events, the FBI said, citing recent attacks in Yemen, Kuwait, the Philippines and Indonesia.

The State Department bulletin said the potential exists for "retaliatory acts against U.S. or other foreign interests in response to the execution."

It said the U.S. government continues to receive credible indications that extremist groups and individuals are planning additional terrorist actions against U.S. interests.

"Such actions may include, but are not limited to, suicide operations," it said.

Because security and security awareness have been elevated within the United States, the terrorists may target U.S. interests overseas, it added.

The statement also reaffirmed that terrorist groups do not distinguish between official and civilian targets.

Despite the new warnings, the FBI said the national terror alert advisory will remain at the yellow level. The color-coded system ranks threats by colors, starting at the bottom with green and followed by blue, yellow, orange and red as perceived dangers intensify.