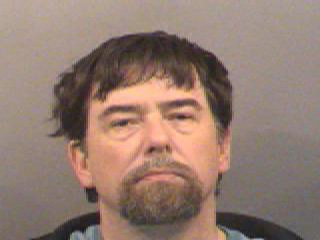 WICHITA, Kan. -- A Kansas man was arrested Friday on charges that he planned to set off a car bomb at the Wichita airport where he worked in an attack intended to support al Qaeda, authorities said.

Terry Lee Loewen, a 58-year-old avionics technician who worked at Mid-Continent Regional Airport, was arrested before dawn as tried to enter the tarmac in a vehicle he believed was loaded with high explosives.

But the materials in the car were inert, and no one at the airport was in any immediate danger, authorities said.

"At no time - and I repeat, at no time - was the safety of the public at risk," FBI Special Agent Michael Kaste told reporters during an afternoon news conference.

Loewen, who lives in Wichita, had been under investigation for about six months after making online statements to an undercover agent about wanting to commit "violent jihad" against the United States, U.S. Attorney Barry Grissom said.

Authorities said Loewen spent months studying the layout of the airport, its flight patterns and other details to maximize fatalities and damage. During that time, he developed a plan with other conspirators to use his employee access card to pull off the attack. The conspirators were actually undercover FBI agents.

Terrorism In The U.S.

Loewen planned to die in the explosion, a fate that he said was inevitable in his quest to become a martyr in a jihad against America, according to court documents.

Authorities said they believe Loewen acted alone. No other arrests were expected.

In his online conversations, Loewen talked about downloading documents about jihad, martyrdom and an al Qaeda "manual." He frequently expressed admiration for Anwar Al-Awlaki, the American-born al Qaeda leader who was killed in a 2011 drone strike in Yemen, according to the documents.

Al-Awlaki emerged as an influential preacher among militants living in the West, with his English language Internet sermons calling for jihad, or holy war, against the U.S.

In one exchange Loewen wrote "Brothers like Osama bin Laden and Anwar al Awlaki are a great inspiration to me…I have become 'radicalized' in the strongest sense of the word..."

In August, an undercover agent offered to introduce Loewen to someone who could help him engage in jihad. A few days later, he mentioned providing a "tour" of the airport for one of the undercover agents.

In September, the undercover agent told Loewen he had returned from overseas after meeting with individuals connected with al Qaeda. The agent told him the "brothers" were excited to hear about his access to the airport and asked Loewen if he would be willing to plant some type of device, the documents said.

"Wow! That's some heavy stuff you just laid down. Am I interested? Yes. I still need time to think about it, but I can't imagine anything short of arrest stopping me," Loewen told the agent, adding he needed to let Allah guide him.

He also asked for reassurances that he wasn't being set up, saying his greatest fear was not completing the operation.

The criminal complaint also details a meeting in November with other undercover agents in which they discussed executing the plan prior to Christmas in order to cause the greatest physical and economic damage. He also provided components from his employer that the agents requested to wire the fake explosive device, according to court documents.

On Wednesday, Loewen met with another undercover agent and helped assemble the false bomb.

He left a letter for his family saying: "By the time you read this I will -- if everything went as planned -- have been martyred in the path of Allah.  The operation was timed to cause maximum carnage + death..."

Kansas Gov. Sam Brownback joined the U.S. attorney at the news conference to announce the charges.

"In the ongoing war on terrorism, the good guys won one today," Brownback said.