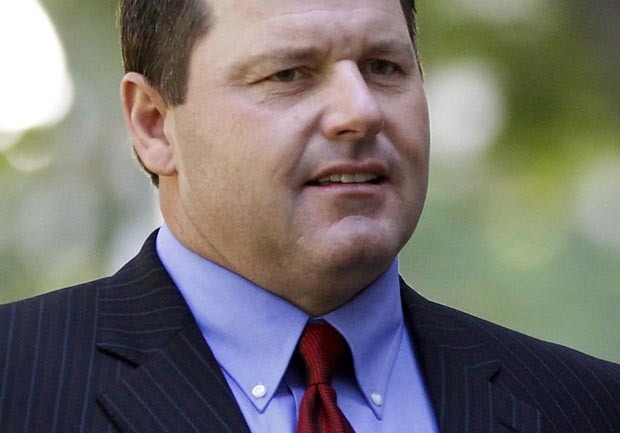 (CBS/AP) WASHINGTON - It took 24 witnesses over 19 days of testimony for prosecutors to make their case against Roger Clemens, with three jurors and two minor pieces of the indictment dismissed by the time they were done. With the overlong-running trial now in its seventh week and Clemens' lawyers starting to take their turn, the case remains centered on the credibility of one person — Brian McNamee.

The government rested Tuesday in the perjury trial of the seven-time Cy Young Award winner, wrapping up with a witness from Wall Street and two from the FBI. Two invoked the name of McNamee, the longtime Clemens strength coach who says he injected the ex-pitcher with steroids in 1998, 2000 and 2001 and with human growth hormone in 2000.

The defense is expected to take about two weeks to call its witnesses. The trial has already exceeded the original estimate of four to six weeks stated by the judge at the start of jury selection.

Clemens is charged with two counts of perjury, three counts of making false statements and one count of obstruction of Congress. All relate to his testimony at a hearing in February 2008 and his deposition that preceded it.

The heart of the case is the allegation that Clemens lied when he said he had never used steroids or HGH, but the obstruction count included 15 statements, or "acts," in which Clemens is alleged to have misled Congress on a variety of issues. U.S. District Judge Reggie Walton dismissed two of those acts Tuesday.

The first dismissed act dealt with Clemens' claim that he had "no idea" that former Sen. George Mitchell wanted to talk with him in preparation for the 2007 Mitchell Report on drugs in baseball. The government couldn't prove otherwise because some of its evidence was ruled inadmissible due to rules over attorney-client privilege.

Expert: DNA on medical waste matched Clemens'
Ex-MLB player Segui: I was told of Clemens "darts"
Clemens juror: "Why should we believe" McNamee?

The second dismissed act deals with Clemens' statement in his 2008 deposition that: "I couldn't tell you the first thing about (HGH)." The judge said that statement could be misinterpreted because it was asked in the context of whether Clemens had ever done any research into HGH.

Thirteen alleged misleading statements remain in the charges. The government only needs to prove one to gain a conviction for obstruction of Congress.

There's something the trial definitely can't afford to keep losing: jurors. Two have been dismissed for sleeping during the proceedings, and a third was lost Tuesday following the death of her mother. There's only one alternate left.

"So I'd ask everybody to stay healthy and available," Walton told the remaining 13. Many of them smiled or laughed.

One of the government's final witnesses was Anthony Corso, one of McNamee's so-called "Wall Street clients" who worked out with the strength coach in Manhattan. Corso related a pair of conversations meant to show that McNamee didn't start making up allegations and fabricating evidence against Clemens to placate federal investigators in 2007.

"Mr. McNamee had mentioned that Mr. Clemens was one of the athletes that was getting positive results from" HGH, said Corso, recalling a conversation from around 2002.

A key piece of evidence in the trial is medical waste from an alleged 2001 steroids injection of Clemens that McNamee said he saved in a beer can and FedEx box.

Corso, a large, blunt-spoken New Yorker who works as a managing partner in a consulting firm, recalled asking McNamee around 2005 about a newspaper story concerning performance-enhancing drugs.

Corso didn't directly link Clemens to that statement, and fact reinforced by a question from a juror. That forced the government to start reading Corso's grand jury testimony from two years ago, when Corso quoted McNamee as saying, "I saved two syringes that I used on Roger." Corso said he now can't recall whether McNamee used Clemens' name in connection with the syringes or not.

FBI expert Eric Pokorak then testified that the mouth of the beer can didn't contain Clemens' DNA and might have contained McNamee's, evidence that could help or hurt both sides. The beer can allegedly came from Clemens' apartment, but the government can now argue that if Clemens didn't drink the beer, then his DNA couldn't have contaminated the evidence McNamee kept inside it.

FBI toxicologist Cynthia Morris-Kukoski completed the government's case by testifying about the various types of vitamin B12. Clemens has said that he received B12 injections from McNamee — instead of steroids or HGH.

"I've yet to see anybody work like Roger Clemens," Howey said.

Clemens lawyer Rusty Hardin had to tell both Capel and Howey to slow down several times because they were talking fast, CBS News producer Traci Caldwell notes.

The trial has also meant a lot of hard work for Walton, who didn't take it well when Hardin mentioned that the judge was getting paid the "big bucks."