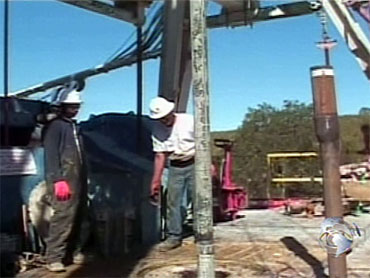 Given the chance, most people wouldn't choose the sex of their baby before conception, a new survey shows.

The study, published in Fertility and Sterility, is based on an Internet survey of 1,197 men and women aged 18-45 years old. The survey has a sampling error of plus or minus 3 percent.

Between 8 percent and 18 percent of participants stated that they would use medical technology described in the survey to choose whether to have a boy or girl.

"Perhaps this speaks to the fact that people still want to leave things up to chance and not rely on science for everything," researcher Tarun Jain, MD, says in a news release from the University of Illinois at Chicago, where Jain works.

The survey stated that "it may soon be possible for parents to choose the sex of their children" and described three hypothetical scenarios:

Following each scenario was the question, "Would you take advantage of this technology?" Most participants said no.The survey was done by Harris Interactive in September 2004.

The survey also gauged preferences for baby boys or girls.

Participants were asked if they would rather have a boy or girl as their first child. Their answers:

Next, they indicated their preferences if they had several kids:
Reality Check

"There can sometimes be quite a difference between what people say and what they actually do," the researchers write, adding that they find it "quite reassuring" to have found similar results in other studies.

"It is only a matter of time before preconception sex selection technology becomes widely available and marketed throughout the United States," write Jain and colleagues.

"With the numerous ethical issues posed by use of such technology, our study provides some reassurance that preconception sex selection is unlikely to be used by the majority of the population and is unlikely to have a significant impact on the natural sex ratio."