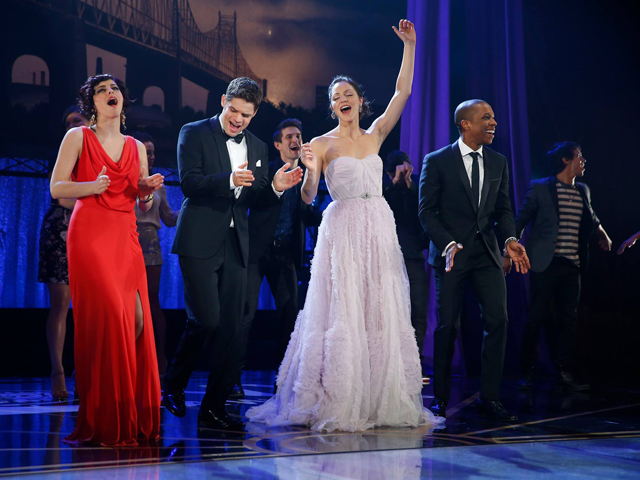 One of the musicals at the heart of the canceled TV show "Smash" is moving from the small screen to a real-life stage.

New York nightclub 54 Below said Tuesday it will present two world-premiere concert performances of "Hit List" on Dec. 9 featuring some of the stars from the series, including Jeremy Jordan, Andy Mientus and Krysta Rodriguez.

On "Smash," the musical "Hit List" was a gritty, low-tech off-Broadway show that became a theater community darling and later competed with the glitzy Broadway-bound musical about the life of Marilyn Monroe called "Bombshell."

According to 54 Below, the musical is "a modern fable about identity and the price of fame" that "tells the tragic love story of a wannabe pop singer who transforms herself to become a star and the hidden songwriter she uses to get there -- but at what cost?"

54 Below said the performances "will include some additional songs from these composers that were intended for 'Hit List' but never made it to air, and also special appearances by several of 'Hist List's composers and additional performers to be announced at a later date."

"Smash" was cancelled by NBC this summer after two seasons.