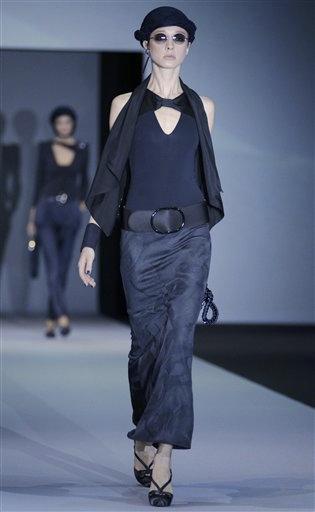 In private talks with Majority Leader Bill Frist, the Senate's top Democrat has indicated a willingness to allow confirmation of two of President Bush's seven controversial appeals court nominees, but only as part of a broader compromise requiring Republicans to abandon threats to ban judicial filibusters, officials said Monday.

At the same time he floats the possibility of clearing two nominees to the 6th Circuit Court of Appeals for approval, officials said Sen. Harry Reid, D-Nev., wants a third appointee to the same circuit to be replaced by an alternative who is preferred by Michigan's two Democratic senators.

The officials spoke only on condition of anonymity, citing the confidential nature of the conversations between the two leaders.

Reid issued a statement during the day saying he has had numerous conversations with senators in both parties in hopes of avoiding a showdown, an indication that he is working aggressively to gather enough support from wavering Republicans to prevail in any showdown. "As part of any resolution, the nuclear option must be off the table," the statement concluded, referring to the GOP threat of banning judicial filibusters.

Majority Republicans have threatened for weeks to unilaterally change long-standing senatorial practices that Democrats used to block 10 of Bush's first-term appeals court nominations. The president has renominated seven of the 10 since winning re-election. Democrats, who argue the judges are too conservative to warrant lifetime appointments, have threatened to block them again with a tactic that requires supporters to post 60 votes before proceeding to a final roll call.

Frist and Reid have been discussing the overall issue privately for weeks, each man publicly stressing a willingness to seek a compromise while maneuvering for political advantage in the event of a showdown.

Speaking at an event organized by Christian groups trying to rally churchgoers to support an end to judicial filibusters, Frist also said judges deserve "respect, not retaliation," no matter how they rule.

Apart from the seven controversial appeals court nominees, the issue is also seen as a proxy of sorts over future vacancies on an aging Supreme Court. Democrats fear Bush could have a second-term opportunity to shift the court rightward, possibly even ushering in a new era of hostility to abortion rights.

Officials said as part of an overall deal, Reid has indicated he is willing to allow the confirmation of Richard Griffin and David McKeague, both of whom Bush has twice nominated for the 6th Circuit Court of Appeals. At the same time, the Democratic leader wants the nomination of Henry Saad scuttled. Democrats succeeded in blocking all three men from coming to a vote in 2004 in a struggle that turned on issues of senatorial prerogatives as well as ideology.

Sen. Carl Levin, D-Mich., has led the opposition to all three men. In remarks on the Senate floor in 2004, he noted that Republicans had refused even to hold hearings on two nominees that former President Bill Clinton made to the 6th Circuit.

Spokesmen for Frist and Reid declined to comment on their private discussions, and no further details were available.

Sen. Arlen Specter, R-Pa., chairman of the Judiciary Committee, said Sunday there had been a "a lot of negotiations to try to get three judges from Michigan" confirmed.

Democrats drew criticism when they threatened to stop or slow the Senate's business if Republicans ban judicial filibusters. Party leaders began stressing an alternative approach during the day, attempting to force debate on their own agenda rather than the president's.

"I've always said that we'd make sure the Senate went forward, but we're going to do it on our agenda, not their agenda," Reid said.

Republicans can ban judicial filibusters by majority vote, and Democrats concede Frist may be only one or two votes shy of the necessary total. At the same time, internal GOP polling shows lagging public support, and no showdown is expected until next month at the earliest.

Senate Republicans have been warning Reid that Democrats could face a backlash if they stopped routine Senate business, noting that House Republicans and then-Speaker Newt Gingrich suffered politically after forcing a government shutdown in a 1995 budget fight with Clinton.

But Reid and other Democrats say they will let vital legislation out of the Senate. "I'm not Newt Gingrich," Reid said. "I understand how the body works. We're not going to close down the Senate. Far from it, we're going to have a very active Senate."

"Anything that's vital, we will continue to move forward on: money for our troops or a highway bill or a transportation bill," added Sen. Charles Schumer, D-N.Y., in a conference call. "But on other issues, what we are going to try to do is utilize the Senate rules to start focusing on issues that we think matter to the American people, whether it's gas prices or education or health care."

Reid on Monday also repeated his assertion that President Bush promised him that the White House would stay out of the Senate's fight over the filibuster rule. "He either misspoke or was not being honest with me a week ago last Wednesday when he said they would not be getting involved," Reid said.

Vice President Dick Cheney said Friday he would vote to ban the judicial filibuster if the Senate deadlocks, and called the Democrats' filibuster threats "inexcusable."