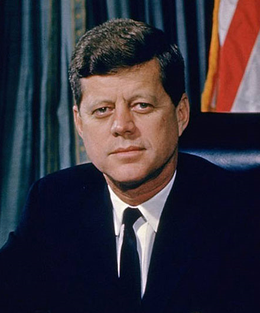 DALLAS -- A color home movie of President John F. Kennedy's appearance in Houston on the eve of his 1963 assassination has been posted online.

The silent film captures Kennedy and first lady Jacqueline Kennedy in their appearance at a League of United Latin American Citizens (LULAC) meeting at the Rice Hotel in Houston on the night of Nov. 21, 1963.

Roy Botello of San Antonio has donated the film to the Sixth Floor Museum at Dealy Plaza in Dallas. Botello used his home movie camera to film the visit.

The museum has posted the film on its website.

According to its website, "Shortly before 9 p.m. in the hotel's grand ballroom, President Kennedy spoke to a group of several hundred from the League of United Latin American Citizens (LULAC). He then introduced First Lady Jacqueline Kennedy who spoke, without notes, in Spanish. The room erupted in cheers of 'olÃ©."'

The website says Botello was "the first Scholarship Corporation Chairman of LULAC in San Antonio" at the time.