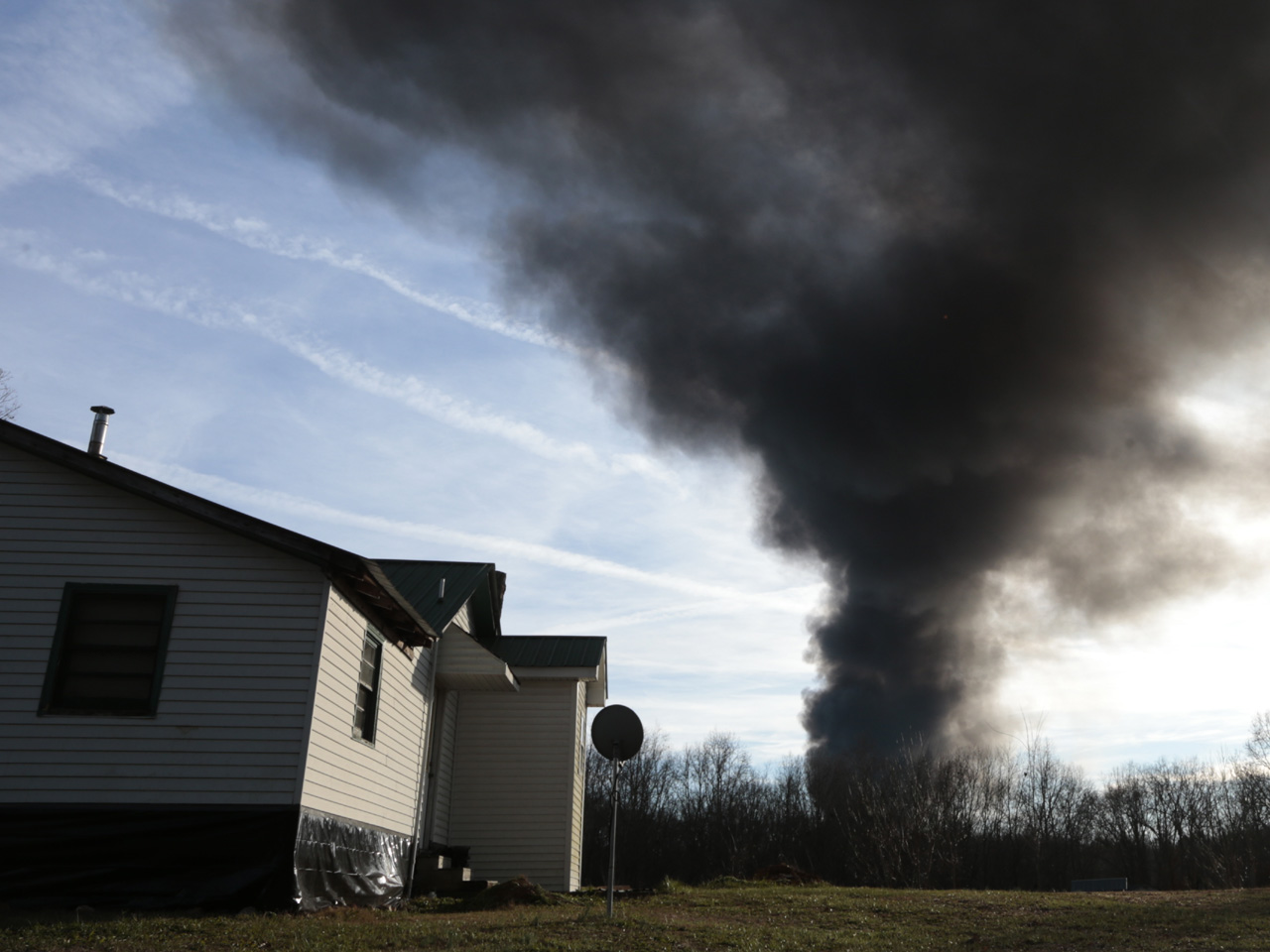 NASHVILLE, Tenn. -- Firefighters are making progress against a large industrial fire at a federal Superfund site in central Tennessee, an official said Thursday.

Tennessee Emergency Management Agency spokesman Jeremy Heidt said a crew of contractors for the U.S. Environmental Protection Agency began efforts to put out the blaze in rural Hickman County at around midnight.

They were using bulldozers and trackhoes to push dirt onto the fire, which was about 95 percent contained by Thursday afternoon, according to CBS affiliate WTVF-TV. Heidt said they hoped to allow nearby residents to return to their homes later in the day. About 300 people were still under evacuation orders on Thursday morning and nearby schools remained closed.

The fire at Industrial Plastics Recycle, about 45 miles southwest of Nashville, has been burning since Wednesday morning.

On Wednesday afternoon, firefighters had to stop trying to put out the blaze after they learned that two 1,000 gallon propane tanks were on the property. Heidt said on Thursday that at least one of the propane tanks had been moved out of the way, and both had been deemed to no longer be a hazard.

Heidt said the main reason the evacuation order was still in place on Thursday was concern about the inhalation of smoke and soot. There have not been any reports of injuries.


School officials said 1,800 or so students were evacuated Wednesday from four nearby schools out of concern over toxic fumes from the blaze.

A temporary shelter was set up at the Fairfield Church of Christ in Centerville.

Hickman County Mayor Steve Gregory said firefighters hope to have the blaze contained by Thursday night or Friday, at the latest, reports WTVF-TV.

"Simply because the weather is about to change, the winds are picking up. They're calling for a possibility of heavy rains tomorrow (Friday)," Gregory said at a news conference Thursday.

Jimmy Vest lives about 3 miles from the fire and said the plume of black smoke was blocking out the sun and forming a cloud over his house Wednesday. The air smelled of burning plastic and ash pieces larger than his hand were falling from the sky into his yard.

"It looks like parts of boxes and plastic," he said. "It's weird. I've never seen anything like it."

The Environmental Protection Agency has placed several air quality monitoring stations in the area, including at the fire site, one mile away, and possibly two mobile units, according to WTVF-TV.

"The concern with the smoke has been the irritants, the particulate matter. There are not chemical concerns with the gas or with the smoke because it's been burned off by the fire," Heidt said. "What that is it's going to come down as soot, and it's going to be inhaled, going to be an irritant to anyone with respiratory issues, like the elderly, the infirm, children."

Once the evacuation order is lifted, TEMA advises residents to hose down their property with water to get rid of the residue.

Federal Superfund sites were created for the cleanup or removal of areas in which hazardous toxic waste was dumped.

The EPA website said the former Wrigley Charcoal Plant, located northwest of Highway 100, was placed on the National Priorities List in 1989 because of contaminated debris, ground water and soil in the county of about 24,000. The Superfund area includes a 35-acre primary site and surrounding areas comprising about 300 acres.

The fire occurred on a portion of the primary site occupied by Industrial Plastics Recycling, a small-scale facility that recycles metals and plastics and has waste product storage.

According to the EPA website, the Superfund site was home to various industrial operations, including iron, charcoal and wood distillation product manufacturing, beginning in 1880. Contaminants of concern at the site include wood tar chemicals, metals and volatile organic compounds.

TDEC spokeswoman Kelly Brockman told WTVF that state environmental officials will have to wait until the fire is out before assessing possible public health and environmental implications.