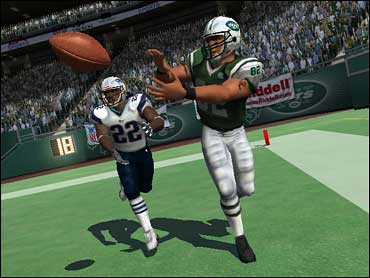 Interior Secretary Bruce Babbitt Thursday released a report on what caused the fire set by the Park Service in New Mexico to burn out of control.

A week earlier, in the wake of the Los Alamos fire—and another controlled burn that went bad near the Grand Canyon—the federal government announced that it would suspend the practice of setting prescribed fires for 30 days.

The suspension applies to an area west of the 100th meridian, a north-south line that runs through the Dakotas, Nebraska, Kansas, Oklahoma and Texas.

Announcing the suspension, Babbitt defended the prescribed burn program, under which the government burns 2 million to 2.5 million acres a year.

"Every successful prescribed fire is a blow for safety in the surrounding community and the forest itself. These forests are made safer by periodic fires, a natural part of the evolution, growth and maintenance of healthy forests," said Babbitt.

Until about twenty years ago, federal policy was to fight every forest fire, but while that saved living trees, it also made the forest floor a tinderbox.

Together, these fires regularly disposed of the dead wood and dense undergrowth. But modern efforts to fight fires prevented natural fires from cleaning out dead wood, making forest fires harder to control.

"They basically built up all this forest fuel—dead limbs, fallen trees—things that would naturally burn in a naturally caused fire," said Sean Cosgrove, national forest policy director at the Sierra Club.

So the National Park Service and Forest Service began a policy of prescribed burning to eliminate the forest fire potential in a controlled fashion. They set small fires to get rid of brush that might be fuel for big, uncontrollable fires.

However, there is disagreement among foresters on how to deal with the build-up of brush and on whether prescribed burns are appropriate.

Even the government’s prescribed burn program isn’t addressing all the fire risks in forests. Government reports indicate 39 million acres of national forests are at high risk of catastrophic fire. But the Forest Service’s goal is to reduce 3 million acres of dangerous buildup a year, a target the General Accounting Office says is "too little, too late"

"There is a problem here that has to be dealt with," says Bill Armstrong of the Forest Service, "and we have a choice. We can either figure out how to deal with it, deal with it safely, because it's going to happen. It will happen."

Los Angeles County, for example, uses a ten-ton "crusher" to flatten underbrush and make it safer to burn in a prescribed fire. National Park and Forest srvices staff are rarely equipped that well.

Terry Ellis, a district ranger with the U.S. Forest Service, said, "I do know that if I had more funds available, I would certainly be in better shape to use prescribed burning or other methods to protect the national forest and the private property adjacent to it."

CBS News Correspondent Sandra Hughes reports that only 13 firefighters were required in the plan for controlled burn at Bandelier—compared to the 120 firefighters Los Angeles County requires when it does a "controlled burn," or prescribed fire.

Roy Weaver, park superintendent at at Bandelier National Monument near Los Alamos, N.M., was put on leave with pay Thursday night amid questions about his role in ordering the fire despite a weather forecast that atmospheric conditions were at their worst for a controlled burn.

CBS News Correspondent Bob McNamara reports the Weather Service listed a 6 on the Haines index, the most dangerous condition on its ratings scale of forest fire potential.

The fire was set anyway. Within four hours it was a wildfire that threatened Los Alamos on three sides.