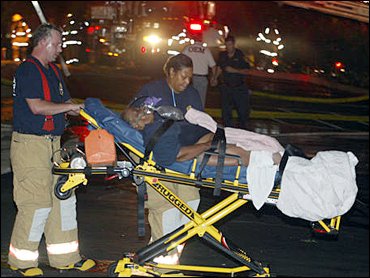 There are a lot of things to consider when picking a nursing home for a loved one. You want it to be clean. You want a good staff. You want good programs.

But, reports The Early Show consumer correspondent Susan Koeppen, fire safety should also be on your mind. In fact, experts say it should be a priority. But many homes in the United States aren't required to have sprinkler systems, or even smoke detectors.

Bobby Connelly thought his 96-year-old mother was safe, until she was among 15 people killed last year in a fire in her nursing home in Nashville, Tenn. A blaze in a home in Hartford, Conn., last year took another 16 lives.

The nursing home where Connelly's mother perished had passed a fire safety inspection shortly before the flames broke out. It had smoke detectors and an evacuation plan. But, Koeppen says, it didn't have a sprinkler system. Neither did the home in Hartford.

Connelly believes that could have slowed the spread of the fire and saved his mother's life. And he should know. He's been a firefighter for 45 years.

"That's the part I kick myself with," he says when asked whether he'd ever noticed there were no sprinklers. "I think I assumed maybe, but I don't know as I ever looked up and said, 'Does this place have a sprinkler?'"

Under federal regulations, Koeppen notes, only newer buildings are required to have sprinklers. Older nursing homes are exempt from that rule. And without sprinklers, safety advocates say residents are living in danger.

"Deaths can be prevented, and once you know that, you've got to act," says Rep. John Larson, D-Conn.

He has proposed legislation that would make sprinklers mandatory in all nursing homes across the country with Uncle Sam footing the bill. Estimated cost? $1 billion.

Larson calls the lack of sprinkler requirements outrageous, given the people who live there -- a frail and vulnerable population.

"(The condition of most nursing home residents is) all the more reason we are going to do everything in our power to provide for their safety," he asserts.

In a fire, sprinklers might afford residents the extra time they need to escape.

Only 12 states require that all nursing homes -- old and new -- have sprinklers.

Bobby Connelly believes that without federal action, there will be more tragedies, and more devastated families: "We're all gonna have someone in a nursing home or even be in one ourselves someday, and this is something we can do for our loved ones."

The National Fire Protection Association says sprinklers reduce the chance of death in a fire by 82 percent, Koeppen observes.

So how do you know about a home's fire safety? You simply have to ask, Koeppen advises, and look for yourself for sprinklers in the building.