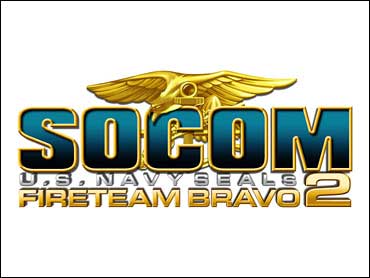 Building on the success of the first title, Zipper Interactive will be releasing the much anticipated SOCOM: U.S Navy SEALs Fireteam Bravo II for the Sony Playstation Portable this fall. Unlike other sequels where developers mainly recycle tons of features from the previous version, SOCOM FTB 2 introduces new features and great gameplay.

Just like its predecessor, Fireteam Bravo 2 allows you to control one squad member of a two man Navy SEAL team. Likewise, you get a wide assortment of weapons - more than 40 in total.

One huge new feature is Command Equity, the sort of new points system. When you capture an enemy, complete mission goals, or finish bonus objectives you get Command Equity points which you can use to purchase additional weapons and even airstrikes.

That's right, Fireteam Bravo 2 now allows you to call in airstrikes on any target at anytime during a mission. By far the addition of airstrikes is one of the greatest and most awaited features to the series. What about the areas of operation you ask? Well, Fireteam Bravo 2 will have a mission and plot similar to the up coming PS2 SOCOM release titled Combined Assault, due out this fall as well.

As usual, Fireteam Bravo 2 is playable online with up to 16 players online. SOCOM: U.S Navy SEALs Fireteam Bravo II seems like another winner for the PSP this fall. Stay tuned to GameCore for the full review.