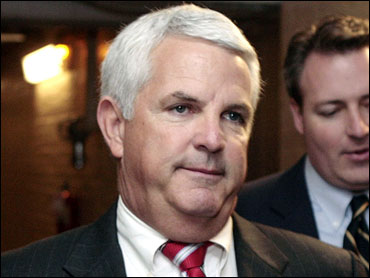 It's the first new securities exchange since the Chicago Board of Options Exchange was founded in 1973.

Seen as a threat to the traditional options floors by siphoning off trading volume, the ISE said it will execute trades electronically at 30 percent lower cost, with the savings passed on to brokers and consumers.

The move comes as options volume has increased about 30 percent annually over the past three years.

The ISE plans to register with the Securities Exchange Commission within the next few weeks and open in the year 2000 with direct access to about 10 percent of the existing options market.

Porter will be the chairman of the ISE, to be based in New York and founded by broker dealers that chipped in $80 million in startup costs.

"This puts the U.S. on a competitive foot with the rest of the world," Porter told CBSMarketWatch.com. "They're already doing this in many places."

The ISE will be run by CEO and President David Krell, a former executive with the New York Stock Exchange, which sold its options business to the CBOE in 1997.

The move has been widely anticipated by the securities industry, which has been wary of changes that may restructure the trading system.

said Stefanelli, who wondered how electronic trading will reproduce a bidding process that employs human beings. "We're looking at improving efficiencies all the time. Trading floors seem to have more depth."

"But E-Trade also faces a real challenge - serving all investors, not just a narrow selection of market makers or member firms," Langley added.

The Chicago Board Options Exchange, the world's largest options floor, already trades some of its options electronically. And both the CBOE and the Pacific Exchange have plans to use the revolutionary trading system OptiMark for options.

ISE said the traditional U.S. options exchanges operate with little competition. Of the 600 options most actively traded during the first half of the year, 37 percent were traded competitively on more than one exchange. The rest, 63 percent, were traded on one exchange only.

The ISE said it will provide competition by listing options on 600 of the most widely owned and popular stocks.

Personal investors will gain access to the market through accounts with member brokers.

Other advantages cited by ISE include reduced cost, fast and accurate order execution, and the latest technology.

The ISE will be the only fully electronic market in the world that incorporates quotes from other exchanges so that customers trade at the best price.

The move follows speculation in the industry at the four major options exchanges that a new electronic trading system will be introduced. Options offer to the right to trade stocks and bonds for fixed prices during certain periods.

Elsewhere in the options industry, a vote on the proposed merger between the Chicago Board Options Exchange and Pacific Exchange won't take place until next year, a Pacific Exchange executive said Monday.