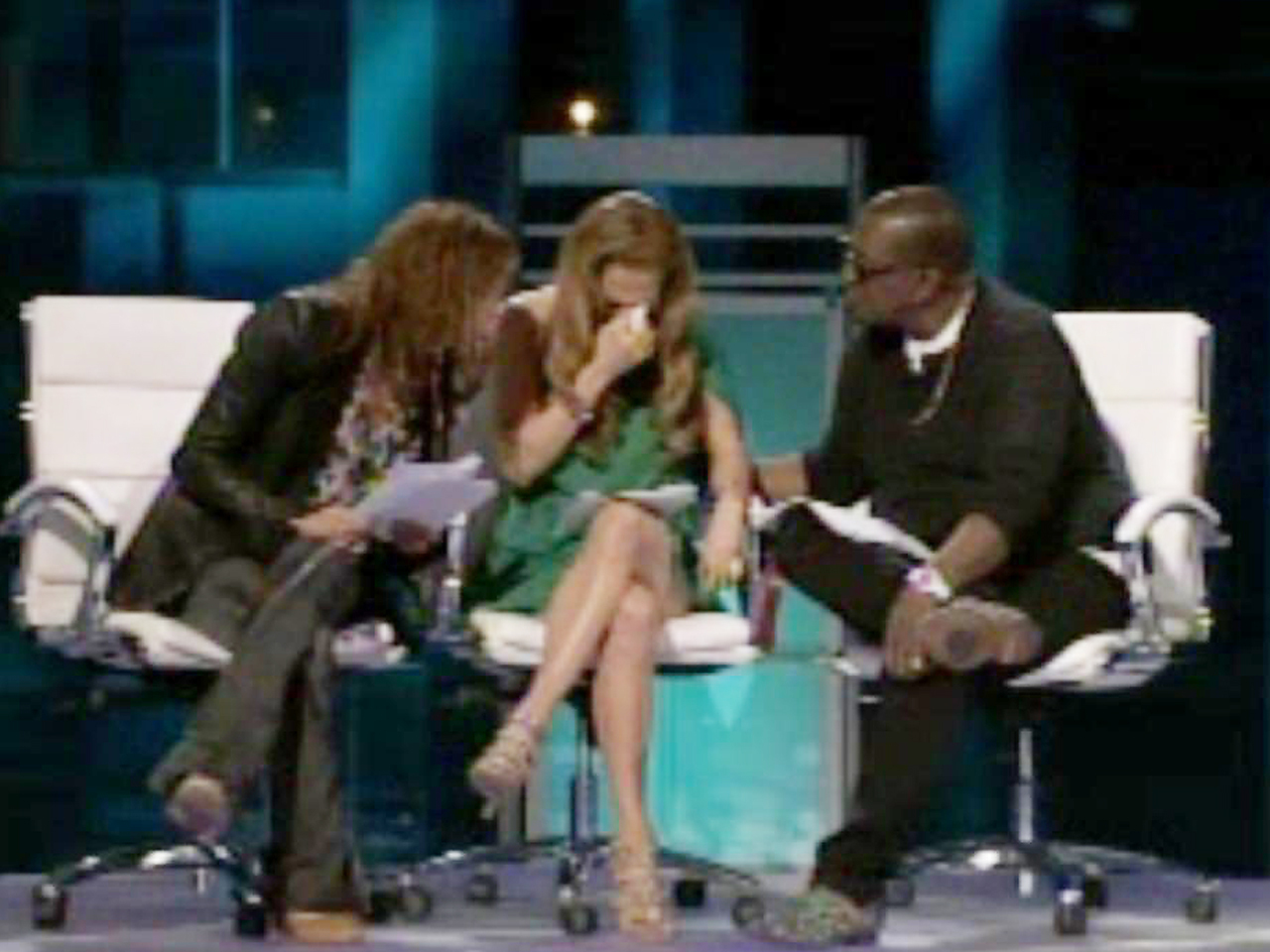 (CBS) - The tears were flowing at the judges table on "American Idol" Wednesday night as the competition moved forward to the top 24.

Of the 10 contestants who learned their fate, five were guaranteed a spot in the semifinals. Those who made it: Clint Jun Gamboa, Ashton Jones, Haley Reinhart, Paul McDonald and Naima Adedapo.

One of the biggest surprises of the night, which had the contestants sing to The Beatles' songbook in Las Vegas, was the elimination of Chris Medina, the 26-year-old who shared the story of his fianceewho was left brain damaged after a car accident that happened just two months before they planned to wed.

"It honestly breaks my heart to say this, but you did not make it into the top 24," judge Jennifer Lopez said to Medina.

Lopez later busted into tears after breaking the news to Medina, saying, "I don't want to do this anymore."

The other four singers who were sent packing were Hollie Cavanagh, Alex Ryan, DeAndrew Brackensick and LaKeisha Lewis.

The first half of the episode was dedicated to all the performances, and even featured new in-house mentor Jimmy Lovine, chairman of Interscope Geffen A&M Records, for the first time.

There was also a Vegas wedding, thanks to Ashley Sullivan. Sullivan, who's had some sort of emotional breakdown during each previous round, briefly left the competition to marry boyfriend David Suraiva.

"Now if you have cold feet, I don't care," she said to Suraiva on the way to the chapel. "You're going through with it, or I'll kill you in your sleep ... my precious."

Thursday night's two-hour episode will reveal the remaining 19 contestants who will advance to semifinals.

Tell us, were you happy with the judges' picks so far?