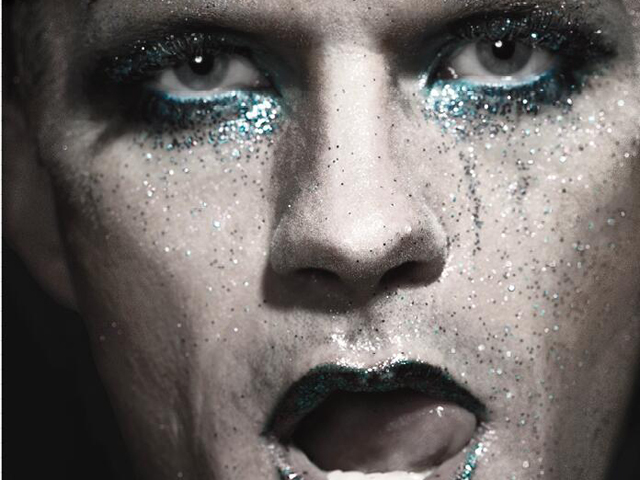 Neil Patrick Harris has unveiled the first look at his starring role in "Hedwig and the Angry Inch."

The actor shared the poster for the Broadway production on his Twitter account Tuesday, and there's a lot of metallic makeup and plenty of glitter involved.

Harris, 40, plays the titular Hedwig Robinson, an East German transgender singer who fronts the fictional rock band Hedwig and the Angry Inch. The musical is a tale of glam rock, love, obsession and the botched sex-change operation that left Hedwig with that "angry inch."

"I am simultaneously ecstatic and terrified to be stepping into Hedwig's heels. It is truly a once-in-a-lifetime role and I can't wait to begin the journey," Harris said when his casting was announced back in June. The "How I Met Your Mother" star and four-time Tony Awards host has previously appeared on stage in productions of "Cabaret," "Assassins," and a New York Philharmonic concert version of "Company."

"Hedwig and the Angry Inch" is set to open in April.

Tell us: What do you think of Harris as Hedwig?