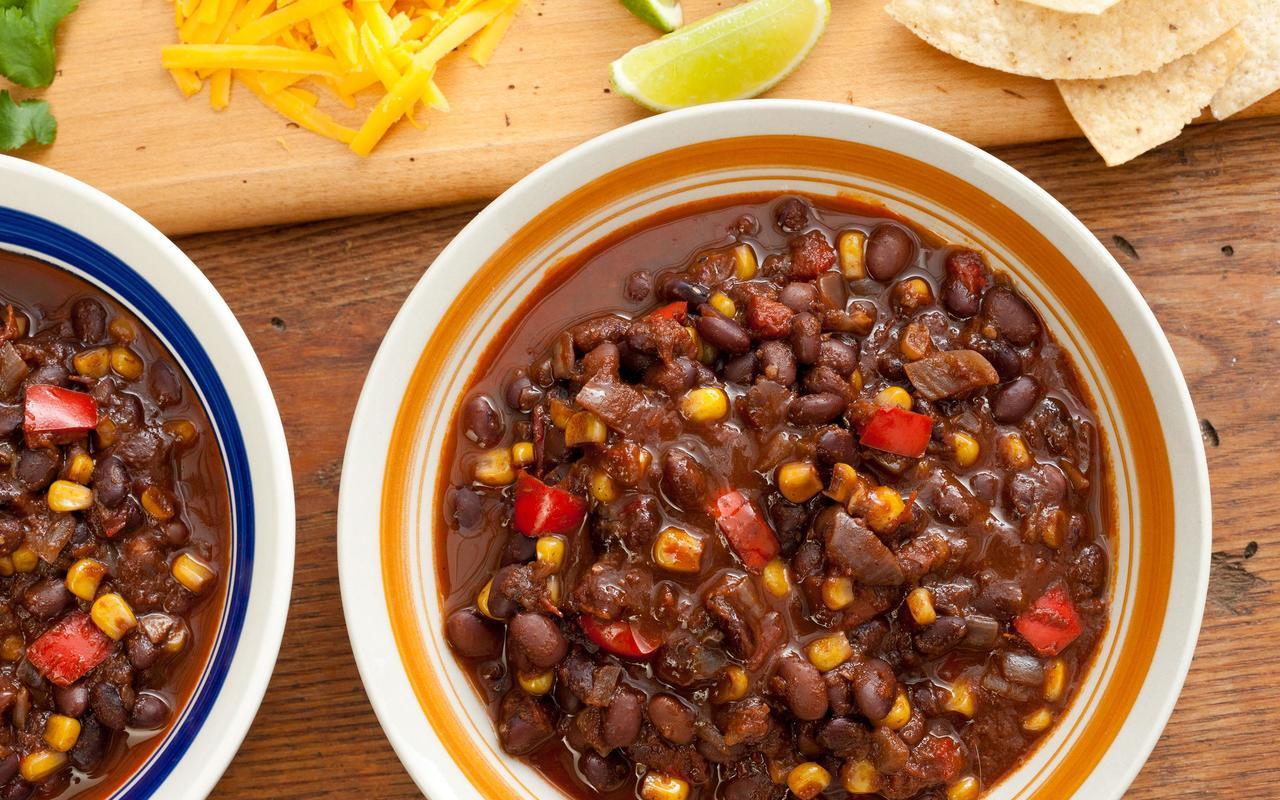 Vegetarians and vegans have touted their lifestyles as Earth-friendly for a very long time. Plenty of research supports that a plant-based diet benefits not only a person's health, but also the environment.

Now, maybe an all-veg diet all the time isn't for you. But if you're looking for a way to cut down on your carbon footprint this Earth Day, you might want to cook up a vegetarian and vegan meals more often.

Here are five enticing veg recipes from Chowhound to get you started:

This vegetarian breakfast travels well so you can spend more time planning your car-pooling strategy. Look at you saving the Earth times two.

Pho is stuffed with so many complex flavors that you won't even miss the meat.

This recipe uses dried black beans instead of canned, and won't take forever on the stove, making it an eco-friendly recipe all around.

These faux meatballs are so "dense and flavorful and so perfect that if they  had been invented before actual meatballs, you'd think that actual meatballs were trying to impersonate them," writes the recipe's creator, Molly Yeh.

These cupcakes are so good that several New York City vegan restaurants have them on their menus.