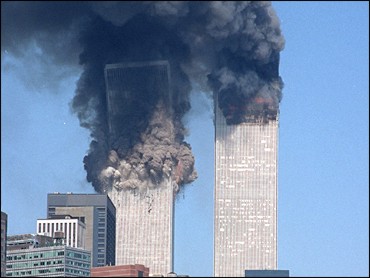 Monday marks the fifth anniversary of the Sept. 11 attacks.

The Early Show took a look of its own Wednesday morning, with opinions across the board on the answer to that question.

CBS News correspondent Wyatt Andrews put the question to people on Main Street U.S.A., as well a pundit and an analyst, as he explored how life has changed since that fateful day. Andrews' conclusion? "Call it the contradiction of our time: Five years later, we are still at war (against terror) but, besides that, life is back to normal." To see the Andrews report, .

The Early Show co-anchor Harry Smith hosted a lively roundtable with former Sen. Bob Kerrey of Nebraska, who served on the 9/11 Commission; former N.J. Gov. Tom Ridge, who used to head the Department of Homeland Security; and airline security expert Mary Shiavo, a former Transportation Department inspector general. Topics ranged from the safety of our airports and ports to the state of Al Qaeda, homegrown terrorism, and our intelligence gathering and the coordination of the agencies that do it. To watch the roundtable, .

Finally, Smith spoke with Dr. Irwin Redlener, director of the National Center for Disaster Preparedness, who maintained that our health care system isn't ready for another terror attack. That's in line with a report last year by the center showing that a majority of Americans feel the same way. Redlener wrote a book on the topic called "Americans at Risk: Why We Are Not Prepared for Megadisasters and What We Can Do." To see the interview, . To read an excerpt of "Americans at Risk", click here.