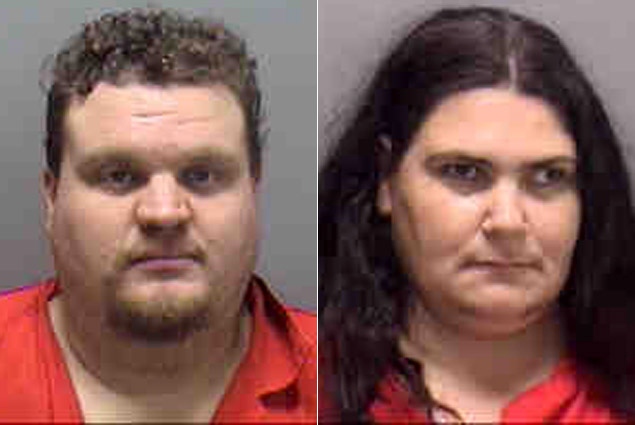 The phone was reportedly found at a Cape Coral Walmart and turned over to law enforcement. The station reports that FBI Innocent Images Task Force agent found child pornography images on the phone.

A detective with the Lee County Sheriff's Office Sexual Predator Unit recognized the phone number as belonging to Johnson, who is a listed sexual offender. Johnson pleaded guilty on two federal child pornography charges in 2003 and was sentenced to 70 months in prison.

Police executed a search warrant earlier last week at the house Johnson shared with Sparks. The couple ran a website together selling sex toys, according to their Facebook pages.

The Lee County Sheriff's Office said detectives found evidence the two produced child pornography on a cell phone, including images and videos of the two engaging in sex acts with a 4-year-old girl.

Detectives contacted the Polk County Sheriff's Office and were able to find the little girl and turn custody of her over to the Florida Department of Children and Families.