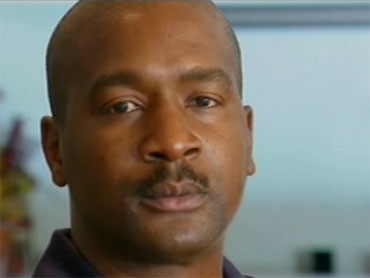 What would you do if your child was the subject of constant bullying?

In September, a Florida man took the issue into his own hands and found himself in a whole lot of trouble. But now he's made a deal to stay out of jail.

CBS News National Correspondent Jeff Glor reports James Jones, of Sanford, Fla., had had enough and boarded a school bus filled with his daughter's tormentors. He was arrested, but he received a lot of sympathy from parents across the country.

Jones says he was driven to an expletive-laced tirade aboard the bus, near Orlando, after she was the victim of repeated bullying.

In a video of the incident, Jones can be heard saying, "I'm telling you this: If anything happens to my daughter I'm ******* you up and everybody on this *****.

Jones was arrested for disorderly conduct, but on Tuesday, he reached a plea deal that will keep him from going to jail.

Jones's 12-year-old daughter, Chatari, who suffers from cerebral palsy, was repeatedly taunted and bullied on the bus. She says students spit on her and hit her with pencils. Her dad snapped.

Jones apologized days later, saying, "I don't ask nobody to go on a bus and use the language that I used in front of children. I'd like to apologize."

The story got national attention, striking a chord with parents around the country who sent Jones notes of support and even money to pay for his defense.

Instead of jail, Jones got probation, a $1,300 fine, community service and is required to attend anger management classes.

Glor added that Jones faced a possible four months in jail had he gone to trial and been convicted.

In an "Early Show" interview, Jones said he has mixed feelings about the tirade.

He told co-anchor Harry Smith, "Well, you know, I wish I could take (it) back, but, at the same time, we woke America up."

However, he says he did learn that rage isn't the way to deal with bullying.

Jones said his daughter is now being homeschooled, but they'll consider other options after the holidays.

Since the incident, Jones said his family has received overwhelming support from the public.

"We had some people that are negative out there, but a lot of good people out there been supporting us and very caring and stuff," he said. "I mean, my heart goes out to all the parents that have to deal with bullies and the parents who have a bully in their household. And everybody needs to be aware of this."

Smith pointed out thousands of children every day in the U.S., according to recent statistics, are missing school because they're afraid of being bullied.

Smith remarked, "I can imagine your daughter was scared to death to get on that bus every day."

Jones replied, "Oh, tremendously but, you know, around the world we still got people that don't go to school, you know, they are hiding and parents are not asking what's going on or checking with their kids and stuff and we all have to be involved and get involved in our kids' life."

Jones told Smith he's not heard from any of the parents who allegedly bullied his daughter.

Jones said he's learned "don't get on the bus."

"I did something I know -- I know I got punished for, which is reasonable," he said. "I have a great attorney group that helped me out so much and the support of all America. You know, I can't thank the people, but I learned that, you know, if one person can spark a fire then we know we can get people to be aware of what's going on out here."