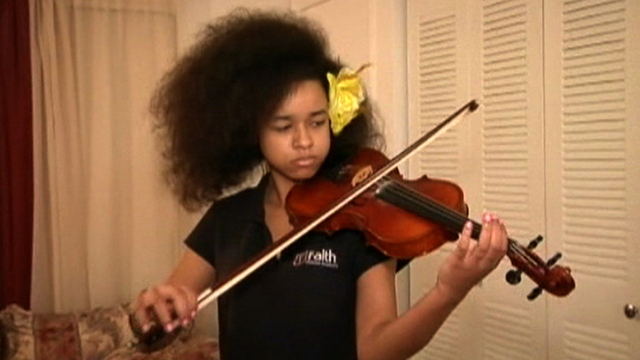 A young girl has been allowed to return to classes a week after being told she needed to cut her hair or face expulsion.

12-year-old Vanessa Van Dyke, from Orlando, Fla., attended private school Faith Christian Academy until a week ago when she was told she was being kicked out if she did not cut or style her naturally curly hair.

Van Dyke’s family said school officials told her that her hair was a distraction and in violation of the student handbook.

However, school officials later retracted their position and said Vanessa was welcome back after the Thanksgiving break, without cutting or changing her hair.

At a church service sermon Sunday at Faith Assembly, school board member Carl Jackson addressed the issue, saying, “"We hope that the student and that we would put this behind them and continue to excel in the Christian education.”

Van Dyke told CBS affiliate WKMG that the issue was first brought to the attention of school officials because she was being taunted by other students about her hair. She now hopes to return to classes without being teased.

"First of all, (my hair is) puffy, and I like it that way. I know people will tease me about it because it's not straight.  I don't fit in," she said.