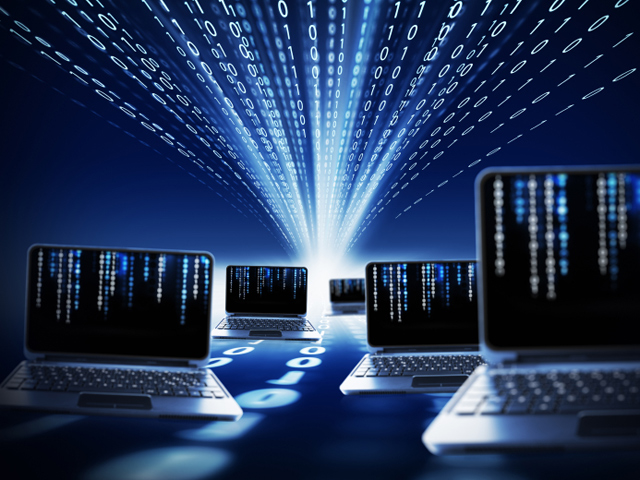 (MoneyWatch) Senate lawmakers held a hearing Thursday on the perils of high-speed trading. One of the key witnesses was David Lauer, who once worked for a top high-frequency trading (HFT) firm. Lauer discussed what happened during the 2010 Flash Crash and ensuing mini-flash crashes, when market liquidity dried up for a short time as HFT firms withdrew from the market to figure out what was happening.

Lauer told the U.S. Senate Banking Committee that while HFT has improved market efficiency over the past three decades, it has also led to some episodes of extreme volatility. This volatility has caused some retail investors to lose faith in the markets and leave altogether. "When more than half of the liquidity in the stock market is able to be pulled from it in a matter of seconds, dramatically worsening an unstable situation, something is dreadfully wrong," he said in his prepared testimony.

Lauer also noted that there has been a sharp drop in the number of companies going public, citing a JPMorgan (JPM) study blaming HFT (and ETFs and futures) for the increased correlation of stocks in recent years. He claims that investor confidence is now non-existent.

While it certainly is possible that HFT caused these things to happen, I doubt it. The drop in the number of companies going public is more likely to have been caused by both the passage of the Sarbanes-Oxley Act and the severe bear market that depressed valuations. The increased correlation of stocks is exactly what happens when we have systemic risks showing up -- in statistical terms, the correlation of all risky assets -- not just stocks -- goes toward one.

As to investor confidence, if it was really non-existent, how do you explain the rally since March 2009, which has seen stocks provide more than a 100 percent return? Clearly, the buyers who were driving up prices had confidence. And the drop in institutional trading is at least partly explained by the shift of more and more assets to passive investment strategies, as the evidence continues to pile up that active investing is a loser's game.

Now, I'm not saying that HFT trading had no impact on these issues. Rather, I'm saying the tale was being told solely from one side. So let's take a look at the issue from another perspective.

The real problem for investors

Lauer said in his testimony that "Anybody who seeks to minimize the role that high-frequency trading had in the Flash Crash either was not on a trading floor that day or has an interest in maintaining the current unregulated status quo."

But while HFTs have been the root cause of some sharp market moves, and their actions have created havoc at times over very short periods, their actions don't change the fundamental values or long-term pricing of stocks. The impact of such firms, which caused the two flash crashes, was reversed very quickly. A long-term investor (and there should be no other kind) wouldn't even have noticed the crashes, nor cared.

Second, HFTs have provided some substantial benefits. Their actions have generally led to lower costs of trading for small traders and patient traders alike, as Lauer acknowledged. On the other side, the costs for large, impatient traders (active managers who demand liquidity) may have increased.

Third, the real problem for small investors who have lost confidence in the markets isn't HFTs -- it's that they're playing the game on the wrong ball field. They shouldn't be trading actively, and they shouldn't care about daily, weekly or even monthly changes in prices, let alone intraday changes.

The bottom line is that while the kinds of occasional crashes caused by computerized trading makes for good fodder for the daily press and for politicians, HFTs have actually had a significantly positive impact by lowering the cost of trading for prudent, long-term investors. You, too, can benefit from their presence by playing the winner's game of passive investing as described in my book "The Quest for Alpha."

Lauer did go on to make several suggestions to improve the financial markets and make them less susceptible to the kind of problems associated with souped-up trading. And they all seem quite reasonable to me:

Others, such as Warren Buffett and Vanguard founder John Bogle, also have proposed a complementary remedy: placing small tax on all securities trades. With the federal budget deficit issue, you can be sure this will be a popular idea.

My own view is that Lauer's suggestions, combined with a very small fee -- say $0.01 or less -- on trades would be sufficient to eliminate many of the problems created by computerized trading while also raising a bit of revenue, which could be used to bulk up the SEC's enforcement resources. That would go a long way to ensuring investor confidence.